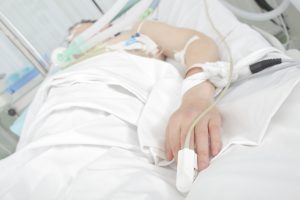 Over the past couple of years, this blog has followed and discussed the United States Supreme Court’s decision in Mitchell v. Wisconsion. While Supreme Court decisions can seem like seismic shifts in the law when they are issued, the reality is it often takes time for their effects to be felt on a practical level. Such is the case with Mitchell. While it was decided over a year-and-a-half ago, it is just now being discussed by Ohio Appellate Courts.

The Mitchell Decision
As a refresher, Mitchell v. Wisconsin addressed whether police are required to obtain a search warrant before getting a blood sample from an unconscious DUI (called OVI in Ohio) suspect. In a 5-4 plurality decision authored by Justice Alito, the U.S. Supreme Court held that a warrantless blood draw from an unconscious DUI suspect was justified under the ‘exigent circumstances’ exception to the Fourth Amendment if the following two conditions are met:

1) The alcohol in the suspect’s blood is dissipating; and
2) Some other factors create pressing health, safety, or law enforcement needs that take priority over a search warrant application.

With this decision and two-part test out in the wild, it was just a matter of time to see how Ohio courts would apply it.

Ohio Courts and Unconscious OVI Suspects
Ohio’s First District Court of Appeals recently had an opportunity to analyze a situation where an officer obtained a blood sample from an unconscious DUI suspect. In State v. Albright, the defendant crashed his car in a single-car accident and sustained serious injuries. He was transported directly from the accident scene to the hospital.

An officer arrived at the hospital and read the defendant his Miranda rights, as well as the form required by Ohio’s implied consent statute for OVI arrests. While the officer read the form, Mr. Albright moaned unintelligibly in his hospital bed until a nurse administered a very painful sternum rub procedure. This caused Mr. Albright to jolt up and say, “Take whatever you want.” Mr. Albright was ultimately charged with OVI and related offenses stemming from the accident and the blood test.

Mr. Albright’s attorney filed a motion to suppress the results of the blood test on the grounds that Albright was not conscious when the officer read the BMV form and placed him under arrest. At the hearing, the state argued that Mr. Albright’s statements following the sternum rub showed that he gave actual consent to the blood test. They also argued that, even if Albright didn’t actually consent to the blood draw, the Supreme Court’s decision in Mitchell meant that the blood draw was permitted by the exigent circumstances exception and therefore did not require a warrant.

The court took this argument under advisement and ultimately ruled that, while Albright was unconscious at the time of the officer’s advisement, the rule created in Mitchell permitted the warrantless blood draw. Mr. Albright entered a plea of no contest and appealed the court’s ruling.

The First District Sidesteps the Issue
The First District reviewed Mr. Albright’s arguments and concluded the trial court did not need to, and, in fact, shouldn’t have applied the rule created by Mitchell. The court pointed to Ohio’s implied consent statute, which states that anyone who drives in Ohio “shall be deemed to have given consent to a chemical test of the person’s… blood.” Specifically, the court pointed to ORC section 4511.191(A)(4), which says: “Any person who is dead or unconscious, or who otherwise is in a condition rendering the person incapable of refusal, shall be deemed to have consented [to a blood test].”

Ohio Law Moving Forward
While the First District declined to directly address how the Mitchell decision impacts Ohio DUI law, it is just a matter of time until a case with the right set of facts arises. We will then see how Ohio Courts interpret the new Mitchell rule. The complexity of the law surrounding alcohol/drug tests is one reason it is important to consult Ohio DUI/OVI attorneys who monitor the ever-changing legal landscape.