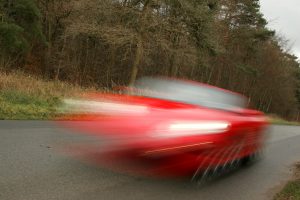 I heard a report that Geno Smith, quarterback for the Seattle Seahawks, was stopped for speeding and arrested on suspicion of DUI (called ‘OVI’ in Ohio).  My first thought was, “speeding doesn’t sound like evidence of DUI”.  It turns out Smith was allegedly going 96 mph in a 60 mph zone and driving erratically across several lanes of traffic (according to ESPN).  That sounds more like evidence of DUI.  Geno Smith’s case prompts the question:  “what evidence, before a stop, indicates a driver may be under the influence?”

How Do We Know?
Nearly all police officers in Ohio are trained to investigate DUI/OVI.  The basis for the training is a manual called DWI Detection and Standardized Field Sobriety Testing, published by the National Highway Traffic Safety Administration (NHTSA).  The manual divides OVI investigations into three phases:

This article discusses evidence obtained before a traffic stop, and that evidence is observed during the ‘Vehicle in Motion’ phase.  During this phase, an officer has two tasks.  The first task is, “to observe the vehicle in operation and to note any initial cues of a possible DWI violation”.  The second task is, “to observe the manner in which the driver responds to your signal to stop and to note any additional evidence of a DWI violation”.

Data-Driven Driving Cues
NHTSA conducted extensive research to DETERMINE what “cues” best predict a motorist’s impairment.  Researchers interviewed hundreds of police officers and developed a list of 100 driving cues.  They also compiled data from video recordings of hundreds of traffic stops.  NHTSA then conducted three field studies involving more than 12,000 traffic stops.  Based on the field studies, the list of driving cues was reduced to 24.

Every Rule Has an Exception
Although speeding itself is not a cue, the NHTSA manual does state that drivers who are under the influence often exhibit “impaired judgment as evidenced by a willingness to take risks”.  In the case of Geno Smith, I would expect the prosecutor to argue that Smith drove 96 mph in a 60 mph zone because his intoxication reduced his inhibitions and increased his willingness to take risks.

This article has hopefully shed light on what evidence indicates a driver may be under the influence before a traffic stop.  Traffic stops are not an issue in OVI cases involving crashes.  In those cases, the issue may be when the driver is “seized” and whether the seizure is legal.  That issue will be the subject of the next article in this blog.