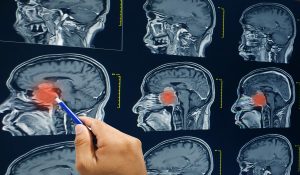 Determining whether a driver is under the influence of marijuana is challenging.  The standardized field sobriety tests used to predict alcohol levels are ineffective for marijuana intoxication.  Levels of THC and its metabolites in blood and urine are not closely correlated with marijuana intoxication.  So, how can law enforcement determine when THC is impairing a person’s ability to drive?  Researchers are working on brain imaging technology which may offer a more reliable method for identifying impairment from marijuana intoxication.

Detecting Marijuana Intoxication in Drivers is Difficult
A study conducted by NHTSA (the National Highway Traffic Safety Administration) emphasizes the danger caused by driving while intoxicated by marijuana.  Accordingly, every state in the United States has a law which prohibits operating a vehicle under the influence of marijuana.  The standardized field sobriety tests developed by NHTSA are “not sensitive to cannabis intoxication”, according to a study conducted for the U.S. Department of Justice.  The same study concluded THC levels are “unreliable indicators of marijuana intoxication”.  If marijuana intoxication cannot be accurately determined by field sobriety tests or THC levels, how can the government reliably test whether marijuana is impairing a person’s driving?

Brain Imaging May Offer a Solution
Researchers are working on a brain imaging procedure which may be able to detect when a person’s performance is impaired by THC.  The research is being conducted at Massachusetts General Hospital, the largest teaching hospital of Harvard Medical School.

The researchers conducted a study of 169 participants.  The participants underwent functional near-infrared spectroscopy brain imaging before and after being given THC or a placebo.  The participants who reported intoxication after receiving THC showed an increase in the concentration of oxygenated hemoglobin in the prefrontal cortex.  Conclusions of impairment from the brain imaging matched self-reported intoxication and clinical impairment assessments in 76% of the trials.

This brain imaging technology would be useful for law enforcement.  The devices would be lightweight, portable, and battery-powered.  Data would be recorded on wearable storage units or wirelessly transmitted to a computer.

The Solution is not Perfect
Jodi Gilman, PhD, the lead author of the study stated, “We need a method that won’t penalize medical marijuana users or others with insufficient amounts of cannabis in their system to impair their performance. While it requires further study, we believe brain-based testing could provide an objective, practical and much needed solution.”

Further study is definitely needed.  The 76% accuracy rate did not account for the lack of correlation between a person’s subjective high feeling and their performance on psychomotor skills reported by NHTSA.  Drivers should not be prosecuted for marijuana DUI (called ‘OVI’ in Ohio) based on technology that is, at best, 76% accurate.  Nevertheless, this brain imaging method of detecting THC intoxication shows promise and is clearly superior to field sobriety testing and measurement of THC levels in blood and urine.