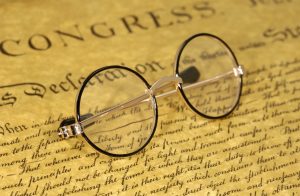 When a person uses marijuana, the high from the THC last for about two hours, but the THC metabolites are detectable in the person’s urine for up to five weeks.  Suppose a person smokes marijuana and a week later is pulled over and investigated for DUI (called ‘OVI’ in Ohio).  If that person submits a urine sample and the urine test shows a prohibited level of marijuana metabolite, that person will be prosecuted for OVI because it is ‘per se’ illegal to operate a vehicle with a prohibited concentration of marijuana metabolites, even if the person’s driving is not impaired.  Challenges to this ‘per se’ OVI law have been unsuccessful in Ohio courts.  A recent case from the Ohio Supreme Court suggests the Court may be inclined to evaluate the constitutionality of the OVI ‘per se’ law for drugs.

A Case About Venue is Also About Drug Metabolites
The recent case from the Ohio Supreme Court is State v. Foreman.  After Foreman’s newborn showed symptoms of drug withdrawal, a hospital test indicated there were cocaine metabolites in the baby’s umbilical cord tissue and urine.  Foreman was convicted of cocaine possession.

Foreman appealed, and the Ohio Supreme Court reversed the conviction.  The Court reasoned that, once the cocaine was metabolized, Foreman no longer ‘possessed’ cocaine because she did not have control over it.  Therefore, the presence of cocaine metabolites in Foreman’s body in that county did not prove she possessed cocaine in that county, so the evidence did not prove the element of ‘venue’.

In Foreman, the Ohio Supreme Court acknowledged the unfairness of prosecuting a person for drug possession when drugs and their metabolites may be detected for a lengthy time.  The Court stated:

For instance, consider a person who ingests cocaine in Ashtabula County and then drives sober to Hamilton County a few days later. By the state’s reasoning, that person could be charged with possession of cocaine in each and every county through which that person traveled, based on the sole fact that some assimilated form of cocaine remained in his system. The only evidence that the state would need to present to prove the offense in the charging county would be the person’s positive drug test.

Or imagine if that same person ingested cocaine in a country where possession of cocaine in small amounts for personal use is legal and then traveled to Ohio.  Because cocaine metabolites can generally be detected in urine for days and in some cases for over a week after ingestion, that person could be prosecuted for cocaine possession in any Ohio county that he enters—even though he ingested it in a country where its use is legal over a week before he entered Ohio.

Although the Foreman case dealt with the offense of Drug Possession, the same logic applies to the offense of OVI ‘per se’ involving drugs.  A person who smokes marijuana could be charged a week later with OVI in every county through which the person travels, even though the person’s driving is not impaired.

Punishing the Status of Having Drug Metabolites in the Body
The Eighth Amendment to the United States Constitution and Article I, Section 9 of the Ohio Constitution both state:  “Excessive bail shall not be required, nor excessive fines imposed, nor cruel and unusual punishments inflicted.”  The prohibition against cruel and unusual punishment is violated when a law punishes status rather than behavior (Robinson v. California).

In Robinson, the defendant was convicted of a California law which made it a criminal offense for a person to ‘be addicted to the use of narcotics’.  In concluding the law was unconstitutional, the Court stated, “Rather, we deal with a statute which makes the ‘status’ of narcotic addiction a criminal offense, for which the offender may be prosecuted ‘at any time before he reforms.”

In the recent case of State v. Foreman, the Ohio Supreme Court commented on the unconstitutional nature of punishing a person for status.  The Court found that punishing a person for drug possession when “the assimilated controlled substance is in the person’s body—seems dangerously similar to the criminalization of the “status” of having previously used or ingested a controlled substance.”

Ohio’s Drugged Driving Law Punishes Status
The ‘per se’ law for operating a vehicle under the influence of drugs makes it illegal to operate a vehicle with a prohibited concentration of drugs or drug metabolites in a person’s blood or urine, even if driving is not impaired.  Many of the prohibited drugs and metabolites are detectable in blood and urine long after they are no longer causing impairment.

A driver could be prosecuted for OVI countless times over the course of days or weeks, based on the fact some form of the ingested drug remained in the driver’s system, even though the drug could not be impairing driving ability.  Allowing a conviction and imposing a sentence in such a case would be punishing the driver for the status of having previously used or ingested a controlled substance.

Although Ohio’s ‘per se’ OVI laws punish status, this issue has never been addressed by the Ohio Supreme Court.  The Court’s concern regarding punishing status in State v. Foreman may signal the Court is open to addressing the issue.