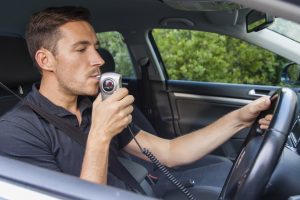 The recently passed Infrastructure Bill has been hailed as a once-in-a-generation investment in the roads, bridges, ports and railways that serve as the backbone of our country’s transportation network.  It has also been decried as another example of runaway government spending.  The description of the Bill depends on who is talking.

The Bill also impacts other areas of American life by taking actions such as increasing spending on green energy, expanding broadband internet access to rural communities, replacing lead pipes in the drinking water supply, and increasing driver safety. It’s this last point that caught our attention.

Seeking to Prevent Impaired Driving
One provision of the Bill instructs the government and automakers to investigate monitoring systems aimed at eliminating drunk driving with the plan to have the systems in new consumer vehicles by 2026. Many people are already familiar with one such monitoring system called an Ignition Interlock Device.

In Ohio, certain defendants charged with or convicted of DUI (called ‘OVI’ in Ohio) can be required to have an Ignition Interlock installed in their car in order to receive limited driving privileges. Ohio also allows unlimited driving privileges with the installation of an Ignition Interlock in certain first-offense OVI cases. The ignition interlock works by requiring the driver to blow into a tube, much like a breathalyzer test. If the device detects alcohol, it will prevent the vehicle from starring or disable the vehicle if it is already running.

These systems are not without their drawbacks, however. The ignition interlock devices must be physically installed in the car and cannot be removed for the duration of the limited privileges, creating awkward or difficult situations where multiple people share one car. They can also be prone to reporting false positives due the presence of mouthwash or other substances. They also become quite pricy, with many requiring one fee to install the device and then a recurring monthly fee to continue monitoring the results.

These are just some of the reasons ignition interlock devices seems unlikely to be the chosen monitoring systems.

Passive Monitoring System
It seems that the drafters of the Bill already took many of these potential pitfalls into account. The legislation does not specify the exact form the system must take, only that it has to “passively monitor the performance of a driver of a motor vehicle to accurately identify whether that driver may be impaired.” Since the ignition interlock system requires the driver to take the action of blowing into a tube (not passive), it seems unlikely it will satisfy the language of the bill.

So what form will these monitoring systems take? Using a sensor to detect alcohol in the air would prevent anyone from driving a drunk friend home. Some people have suggested using the infrared cameras being developed for self-driving technology to monitor the driver for signs of impairment. This raises its own host of questions. What type of behaviors indicate someone is impaired? What if there are alternate explanations for this behavior? Can the computer behind the system differentiate between them?

It seems likely that one of the ultimate determinations will be whether people are willing to go along with these new systems. How will people take it when their car decides they are too impaired to drive, whether that is actually true or not? In any event, this legislation has the potential to completely reshape the field of OVI enforcement and defense. We will be keeping a close eye on how these new mandates evolve and are implemented.