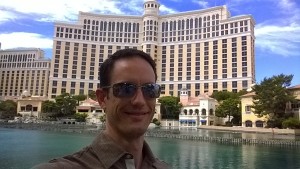 Even someone with a poker face gives a lot of information to others through facial features. I learned this in Vegas, but not at a poker table: I learned it at the 2015 Las Vegas DUI seminar presented by the National College for DUI Defense (NCDD) and the National Association of Criminal Defense Lawyers (NACDL).

The annual seminar is titled “DWI Means Defend With Ingenuity”, and this year’s magic-show theme was “Secrets Revealed: Overcoming The Illusion Of Guilt”. The presentations included “Techniques For Making Judicial Bias Vanish”, “Magical Techniques And Strategies To Win”, and “Pulling Back The Curtain: Overcoming Biased Prosecutorial Practices”. The seminar featured some of the best DUI lawyers and experts in the country and took place at one of the best hotels in the country: Bellagio Las Vegas.

The most novel part of the seminar was Mac Fulfer’s presentation on face reading. Fulfer practiced law for 22 years but now runs face reading workshops. According to Fulfer, examination of a person’s face can reveal information about personal history, personality, and preferences. Fulfer is not talking about interpreting facial gestures. Instead, he is reaching conclusions from facial features such as the shape of the nose, the slant of the forehead, and the curvature of the mouth.

When I saw the topic, I thought face reading sounds like quackery on par with fortune telling.  Fulfer, however, explained the science behind face reading, based primarily in genetics.  Genes work in concert with other genes and share multiple functions.  The genes responsible for personality, preferences, and processing information are also involved in shaping the features of our faces.  Facial features change with time, so our faces are a combination of genetics and life experiences  (now I understand how teenagers cause parents’ faces to wrinkle).

According to Fulfer, there is a correlation between specific facial features and specific personality traits. For example, a large chin indicates a person is tough, competitive, and assertive. A big chin, he explains, results from testosterone at an earlier time in fetal development. The genes which produced the testosterone and the resulting personality traits also produced the big chin.

Big chins are not the only facial features which lend themselves to face reading. Angled eyebrows indicate the person likes to be in charge, while thin lips suggest the person is not revealing and has possible hidden agendas. A down-turned mouth is an indicator of mistrust and suspicion, and flat lower eyelids are a sign of an “us and them” mentality.

In addition to revealing personality traits, facial features also indicate decision-making styles. For example, high eyebrows area indicative of a person who wants a decision to feel right and not be rushed. Low eyebrows, on the other hand, indicate a left-brain approach of storing information categorically for quick retrieval and logical analysis.

Developing skill in face reading could be useful in the courtroom, particularly with jurors. Having insight regarding a juror’s personality traits and decision-making processes would be helpful in determining which jurors to excuse in DUI/OVI cases. That insight would also help with determining how to genuinely connect and communicate with each juror.

Face reading was a novel topic which added some freshness to the seminar. I have attended the seminar each year for over ten years, so I have seen many topics repeated. Even when the topic is one which has been repeated multiple times, there is always some nugget of information I find valuable. The opportunity for continued learning keeps me coming back. The venue doesn’t hurt either.