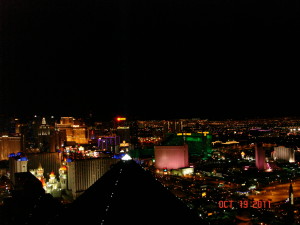 The Ohio BMV’s suspension of a person’s Ohio driver license is in addition to whatever sentence was imposed by the court in the other state.  For example, if a court in Nevada sentences an Ohio driver to three days in jail, 20 hours of community service, and a $700 fine, the Ohio driver must serve that sentence and also deal with the license suspension imposed by the Ohio BMV.  So if a person is convicted of DUI in Las Vegas, it truly does not stay in Vegas.  Nevada, by the way, was the first state to adopt the Interstate Driver License Compact in 1960.