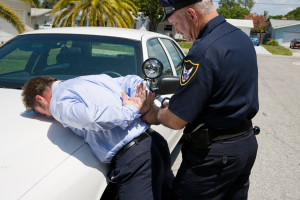 Officer Richard Fiorito was a DUI supercop.  He was honored by Mother’s Against Drunk Driving (MADD) for his efforts to combat DUI, and he was named a ‘top cop’ by the Alliance Against Intoxicated Motorists (AAIM).  According to Inthesetimes.com, Fiorito averaged one DUI arrest each day he worked.  He was like a superhero fighting to keep the Chicago streets safe:  it was almost too good to be true.

Actually, it was too good to be true.  It turns out Fiorito falsely arrested dozens of people for DUI.  A typical scenario would look like this:  Fiorito would stop a driver for a minor traffic violation and administer field sobriety tests.  No matter how well the person performed on the tests, the officer would score them as ‘failing’.  He would then arrest them and charge them with DUI.  In court, most people would simply plead guilty at the first court appearance, and others would accept favorable plea bargains rather than go to trial.

There were a couple exceptions:  Steve Lopez and James Dean, Jr.  Steve Lopez was a commercial driver and had just earned his CDL.  To protect his future career, he could not plead guilty.  James Dean, Jr. had good witnesses to contradict Fiorito’s allegations:  other officers.  When Fiorito charged Dean with DUI, Dean had just left the police station where he encountered multiple police officers who did not believe he was under the influence.  Neither Dean nor Lopez was convicted.

Dean and Lopez each filed suit against the city of Chicago for false arrest and malicious prosecution.  They eventually settled with the city for $100,000 each.  The city also agreed to pay legal fees of about $250,000, according to a Chicago Tribune article. *

After Dean and Lopez stood-up to Fiorito, other individuals came forward with information about being victimized by the same officer. About 40 drivers made claims that Fiorito falsely arrested them for DUI. It seems Fiorito’s pattern went on for about six years, mostly in the Lakeview area of Chicago. Amid the flurry of allegations, the Cook County State’s Attorney office dismissed charges against over 130 motorists arrested for DUI by Fiorito. Fiorito resigned and died shortly thereafter.

Why would an officer fabricate DUI charges? The reported reasons were bigotry and greed. Many of Fiorito’s DUI arrests involved individuals in the LGBT community, and several of them alleged Fiorito used homophobic slurs during the encounters. In addition, Fiorito received overtime pay each time he was subpoenaed to court for a DUI case. For a guy who arrested someone for Dui every day, that was likely a huge overtime check.

The saga of Richard Fiorito illustrates the ease with which a police officer can charge a person with DUI. DUI is uniquely a crime of opinion. The officer testifies it was his or her opinion the defendant was under the influence. The officer’s opinion is based in part on evidence which cannot be verified or disputed, e.g., ‘the defendant’s eyes jerked involuntarily during the horizontal gaze nystagmus test’ or ‘I observed the strong odor of alcohol and glassy/bloodshot eyes’.

Even if the officer’s claims can be refuted by cruiser video, most people charged with DUI/OVI never see the video. Instead, most defendants plead guilty at the arraignment stage and never review the prosecution’s evidence. Although the vast majority of DUI/OVI cases do not involve false allegations by police officers, the only way to uncover false allegations and keep law enforcement honest is to review the evidence. It’s part of the checks and balances on a systemic level.

On an individual level, reviewing the evidence is also the only way to determine the strength of the prosecution’s case and make an informed strategic decisions about one’s DUI/OVI case. I’m not suggesting every person charged with DUI/OVI should fight it tooth and nail. However, for those who question their guilt and for those with a lot at stake, like commercial driver Steve Lopez, pleading not guilty and at least reviewing the evidence is the best strategy.

*Next month, my colleague Eric Holloway, Esq. will explain the recourse for a person falsely arrested and/or maliciously prosecuted.