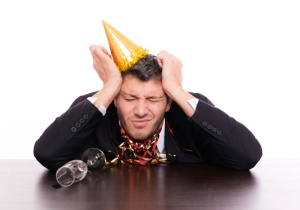 If You Want To Avoid Getting Arrested
10. Make a plan and stick to it. I can’t tell you how many times a client has told me they were not planning on driving that night, but circumstances changed, and they ended-up driving home. If you know you are going to drink alcohol, plan to wait to drive until the alcohol won’t affect your driving, or arrange alternate transportation. If circumstances change, don’t ‘end-up driving home’: call a cab or use a ride-sharing program like Uber or Lyft.
Bonus tip: ‘I was the most sober one of the group’ is not a valid defense!

9. Avoid driving during ‘drunk time’. In the minds of many police officers, the only people driving between 1:00 am and 3:00 am are police officers and drunks. If you are not driving a cruiser, some officers are going to presume you’ve been drinking and look for a reason to pull you over.

8. Don’t violate traffic laws. If officers are looking for a reason to pull you over, don’t give them one! Yes, you will be pulled over for going over the marked lane one time, driving five miles per hour over the speed limit, or failing to signal a right-hand turn. If the officer observes a traffic violation, the officer is justified in stopping you, even if the violation is very minor.

7. Don’t drive with the odor of alcohol on your breath. I have reviewed hundreds of OVI arrest reports, and you know what statement is near the beginning of almost every report? “I observed the odor of alcohol coming from the subject’s breath”. There is a cure for this: peanuts. Not gum. Not mints. Not breath spray. Peanuts.

6. Be yourself, unless you’re kind-of a jerk, then pretend you’re nice. If you are pulled over and find yourself interacting with a police officer, be polite and cooperative. That doesn’t mean you should be a Chatty Cathy, but certainly don’t be impolite, defensive, or smart with the person deciding whether you go home or the police station.
Bonus tip: It never helps to say, “I couldn’t do that sober”.

If You Didn’t Avoid Getting Arrested
5. Don’t plead guilty at the first court appearance. If you plead guilty, there is a 100% chance you will be found guilty and have an OVI on your permanent record. That’s fine, if you want to accept responsibility and put the case behind you. The point of this article, however, is trying to avoid an OVI conviction, and that won’t happen if you go in and plead guilty.

4. Investigate the case. Obtain all of the evidence the prosecution intends to introduce in your trial, including all police reports and all video from cruisers, body cameras, police stations and jails. Visit the scene and photograph it. Gather your receipts from the evening and get statements from potential defense witnesses.

3. Try to get the incriminating evidence thrown out. If you performed poorly on field sobriety tests or tested ‘over the limit’ on a breath/blood/urine test, research the law regarding the admissibility of that evidence and see if some or all of it can be suppressed.

2. Get the charge reduced/dismissed, or take the case to trial. These are your options if you are charged with OVI and want to avoid an OVI conviction. You can have a trial and be found not guilty by the jury (or judge), or you can convince the prosecution to amend the OVI charge to a charge which is not an OVI.

1. Hire a good DUI/OVI lawyer. Unless you have experience investigating OVIs, getting evidence thrown out and taking OVI cases to trial, you’ll want to hire the best lawyer you can afford. Of course, an author who is a DUI/OVI lawyer would rank this as #1….