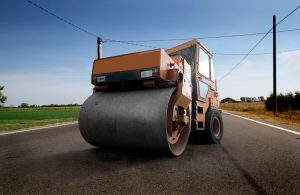 Bad Facts Make Bad Law
If a police officer says a driver was under the influence of a drug, there is no need for testimony from an expert regarding whether the drug actually impairs driving. That is, essentially, the conclusion of the Ohio Supreme Court’s decision in State v. Richardson. There is a saying among lawyers: “bad facts make bad law”. The precedent created by this case may qualify as ‘bad law’, and the circumstances of the case definitely qualifiy as ‘bad facts’.

These are the facts. The defendant rear-ended another car and had a child with him in his truck. He then nudged the other car repeatedly because he left his truck in gear. His speech was slurred, he slid out of the truck, he dropped all his cards on the ground, he singed his hair trying to light a cigarette, he ‘failed’ all the field sobriety tests, and he refused a blood test. The defendant told the officer he was on pain medication and took hydrocodone (at some undetermined time).

A divided Court found the evidence was sufficient without expert testimony regarding whether the effects of the drug impair driving. The Court noted the defendant was impaired, the officer opined the defendant was under the influence of “some type of possibly narcotics”, and hydrocodone is a narcotic. This evidence, the court concluded, was more than sufficient to establish the defendant’s impairment. Because the effects of hydrocodone are “well known”, “expert testimony linking ingestion of the drug with indicia of impairment is unnecessary.”

Bad Facts + Bad Logic = Bad Precedent
I disagree with the Court’s conclusion and find the reasoning flawed. The Court presumes the effects of hydrocodone are sufficiently well known. The problem with that presumption is this is a criminal court case, not a talk show. Presumptions can be made on talk shows when individuals’ liberties are not at stake. In a criminal case, however, the only presumption is the defendant is not guilty. Everything else has to be proven: every element of the alleged offense. The proof needs to come in the form of testimony, an exhibit, a stipulation between the parties, or judicial notice. None of those were used to prove hydrocodone produces symptoms which impair driving ability.

While there may have been sufficient proof the defendant’s ability to drive was impaired, there was not sufficient proof the impairment was caused by alcohol or a drug of abuse. That causal connection is required for a defendant to be convicted of OVI. As stated in the dissenting opinion, “Impairment alone, no matter how severe it may be, is simply not a crime.” Bad law is made not only by bad facts but also by deficient logic.

Driving under the influence of drugs is a growing problem. That problem is being addressed by the legislative and executive branches of government at local, state and federal levels. Addressing a growing problem should not result in retreating from our democratic system of checks and balances. With this decision, the Court failed to fulfill the judicial branch’s role to act as a check on the exercise of power by the other two branches.