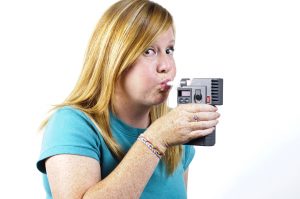 A smartphone app for breath-alcohol-testing was so promising that all five investors on Shark Tank collaborated on a deal for the first time.  In 2013, Charles Yim went on the show and pitched his app to the Sharks.  The Sharks collectively invested $1 million in Yim’s company Breathometer, Inc. for 30% of the company’s equity.  Three years later, the company was the subject of an FTC complaint, and the complaint was recently settled.

The History-Making Shark Tank Pitch
The pitch to the Sharks sounded great.  People regularly drink alcohol and then drive, and nobody knows when they are over .08.  By downloading the app and plugging in a small piece of hardware to a smartphone audio jack, consumers could blow into the hardware and know their blood alcohol concentration in seconds.  In addition, the app would tell them how much time it would take to sober up, and it could even call a cab with one push of a button.

The United States Federal Trade Commission (FTC) filed a complaint against Breathometer and Charles Yim. In the complaint, the FTC alleged the devices were not adequately tested for accuracy and regularly understated BAC levels. According to the FTC, Breathometer was aware of the accuracy problem, failed to notify users of the problem, and continued their deceptive advertising. The lawsuit was filed in federal court in San Francisco.

The Manufacturer’s Settlement With The FTC
The lawsuit was settled in January of 2017. According to the FTC summary, defendants Breathometer and Chrles Yim are barred from making future accuracy claims for a consumer breathalyzer product unless such claims are supported by rigorous testing. In addition, the defendants are required to notify consumers of the settlement and pay full refunds to all consumers who bought the devices.

The refunds will be issued using claim forms on the Breathometer website. The site now contains a ‘note to the Breathometer community about the recent FTC settlement’. Breathometer is no longer selling devices for alcohol detection and is instead selling a product called ‘Mint’, which apparently designed to help diagnose the user’s oral hygiene.

Reliability Of Portable Breath-Testing Devices
Although Breathometer does not admit problems with its breath-alcohol-testing devices, it’s clear from the company’s willingness to pay full refunds to all customers the company knew the devices were unreliable. The lack of reliability is no surprise to experienced Ohio DUI / OVI lawyers, as portable breath-testing devices (PBTs) do not have proven reliability.  Results from the PBTs used by Ohio police officers, which actually are ‘law enforcement grade’, are not reliable enough to be admitted as evidence in court.