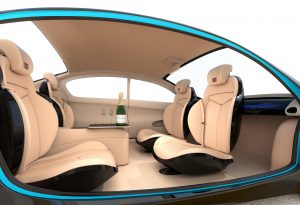 Utah is apparently leading the way in traffic safety measures.  This blog’s last article discussed Utah’s lowering of the ‘legal limit’ for blood alcohol concentration to .05.  Now, Utah is working on a law which makes it illegal for an individual to be under the influence when using a vehicle’s driver assistance system.  Under the new law, a driver cannot escape criminal liability for DUI (called ‘OVI’ in Ohio) by claiming they were not ‘driving’ the vehicle.  The same is true in Ohio, without a new law.

Driver Assistance Systems
Driver Assistance Systems (DAS) automate many tasks of driving, such as parking, accelerating, braking, and steering.  Adaptive cruise control is a feature which accelerates, decelerates, and brakes to maintain a certain distance from the car ahead.  Hands-on lane centering actively steers a vehicle to keep it in the center of the lane, but it disengages if the driver’s hands are removed from the steering wheel.  Hands-free steering, on the other hand (pun intended), maintains the vehicle within in the lane without the driver’s hands on the wheel.  Auto manufacturers are increasingly producing vehicles with self-driving features.  These are considered high levels of automation, but the vehicles are not fully automated.

Fully automated vehicles will be available within the next year, according to Elon Musk of Tesla.  This claim was made earlier this year, despite the recent recall of about 54,000 Teslas to deactivate a feature of its ‘full self-driving’ system.  Even if it is not in the next year, we will likely have fully automated vehicles in the foreseeable future.  What does that mean for enforcing laws which prohibit driving a vehicle under the influence of alcohol or drugs?

The Utah Law
The pending Utah law makes it clear that an individual can be prosecuted for driving under the influence when operating a vehicle, even if the vehicle’s driver assistance system is engaged.  The bill contains very detailed descriptions of terms related to vehicle automation, including definitions for ‘automated driving system (ADS)’, ‘driving automation system feature’, and ‘human driver’.  The vehicle’s ADS must, “allow for the human driver to perform all or part of the dynamic driving task”.

The bill also specifies various levels of automated driving.  Each level of automated driving is permitted under enumerated conditions.  One of the conditions for each level of automated driving is that, “the motor vehicle is operated, whether by the ADS or human driver with a valid driver license, in compliance with the applicable traffic and motor vehicle safety laws and regulations of this state”. If the vehicle is controlled by a human driver who is not in compliance with the state’s law prohibiting driving under the influence, the driver can be prosecuted for DUI.

‘Operate’ has a specific definition.  According to Ohio Revised Code section 4511.01(HHH), ‘operate’ means to cause or have caused movement of a vehicle.  A person using a vehicle’s driver assistance system to travel, regardless of the automation level, causes movement of the vehicle.  If that person is ‘under the influence’ or ‘over the limit’, that person can be prosecuted for OVI in Ohio.  If so, that person would benefit from representation by a skilled OVI defense attorney.