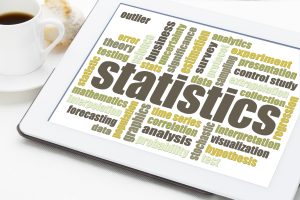 We are in favor of government measures to reduce impaired driving.  We are not in favor of the government providing misleading reports to the public about those measures.  In 2019, Utah introduced a measure to reduce impaired driving:  it lowered the ‘legal limit’ for driving with a blood alcohol concentration (BAC) from .08 to .05.  A recent press release from NHTSA (the National Highway Traffic Safety Administration) reports that traffic deaths in Utah decreased when the state lowered its ‘legal limit’ to .05.  The press release is misleading.

The Statistics Seem Compelling
The press release from NHTSA provides some compelling statistics.  According to the press release, “Utah’s fatal crash rate dropped by 19.8% in 2019, the first year under the lower legal limit, and the fatality rate decreased by 18.3%.”  These reductions, NHTSA says, occurred despite an increase in vehicle miles traveled.  In addition, “Utah’s drop in crash and fatality rates was a significant improvement over the rest of the United States during the post-implementation year studied, which had a 5.6% fatal crash rate reduction and a 5.9% fatality rate reduction in 2019.”  It sounds like the lowered ‘legal limit’ resulted in safer roads.

In the full report, NHTA manipulates the data using a model which employs an “autoregressive integrated moving average interrupted time series analysis” to hypothesize the impact of the new law.  Based on its hypothesized data, NHTSA concludes the percentage of crashes involving BACs of .05 or higher, and .08 or higher, decreased in 2019.  That conclusion, however, is inconsistent with the raw data.

The NHSTA press release also does not report data from 2020 and 2021.  According to an article in The Salt Lake Tribune, Utah’s alcohol-related fatalities increased in 2020 and 2021.  The article’s author obtained data from the Utah Department of Public Safety, and the data showed the number of fatalities in alcohol-related accidents rose from 35 in 2019 to 54 in 2020.  In 2021, that number rose again to 77.  The lowered ‘legal limit’ did not result in safer roads.

The recent NHTSA report could be a catalyst for the federal government to require states to lower the ‘legal limit’ to .05.  If valid studies prove everyone’s driving ability is impaired at or beyond .05 BAC, Ohio should reduce the ‘legal limit’ to .05.  Based on our understanding of alcohol and the human body, however, it seems unlikely valid studies will reach that conclusion.