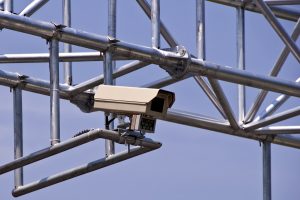 Some municipalities in Ohio have used unfair procedures for enforcing traffic violations detected by cameras.  The Ohio General Assembly addressed that unfairness by creating a new process for traffic camera violations.  Not all municipalities are following the new rules.  Recently, a municipal court judge found the Village of Brice did not comply with the newly mandated rules.  In an ironic twist, Brice complained to the Court of Appeals that the Village was denied due process in the municipal court proceeding.

The New Process for Traffic Camera Violations
The process for traffic camera violations in Ohio was changed in July of 2019.  Prior to that change, a person who received a ticket based on a traffic camera could appeal, but the appeal in some municipalities was heard by a hearing officer employed by the municipality rather than a judicial officer.  That appellate procedure was problematic because it likely violated the Constitutional ‘separation of powers’ principle.

The Case of Brice v. Crair
On November 7, 2019, the Village of Brice issued Jeffrey Crair a Notice of Violation for a speeding offense detected by a traffic camera.  Crair contested the ticket in the Franklin County Municipal Court.  The Municipal Court judge found, “[T]he Village of Brice is not in compliance with several provisions of the Ohio Revised Code regarding traffic law photo-monitoring devices.”  Brice’s lack of compliance included not filing the ticket in the municipal court and not paying the mandatory filing fee.

Brice appealed the decision to the Tenth District Court of Appeals.  Among other assignments of error, the Village argued its due process rights were violated.  Brice claimed it was not provided notice and an opportunity to respond to Crair’s assertion that Brice’s procedure failed to comply with Ohio law.

The appeals court reasoned that, when Crair contested the ticket, Brice was given notice that Crair was challenging the citation “on any number of grounds, including a challenge to appellant’s compliance with Ohio law in issuing the citation”.  The appeals court further found the attorney for the Village was given an opportunity to rebut Crair’s arguments, and the Brice attorney chose not to respond.  Accordingly, the Court of Appeals affirmed the decision of the judge in the municipal court.

The Developments are Encouraging
Traffic camera violations are not the usual subject of articles in this blog.  This space is typically used to discuss issues related to Ohio DUI / OVI cases.  However, based on my personal experience with a traffic camera speeding ticket, Brice v. Crair caught my attention.  It is encouraging to see the Ohio Revised Code now provides a fair process for contesting these tickets, and that process is being enforced by the courts.