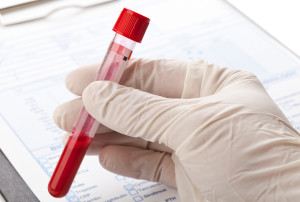 Today’s report regarding the conduct of a forensic scientist employed by the state of Ohio demonstrates the danger of the government enforcing laws without effective checks and balances.  Forensic scientist G. Michele Yezzo worked for over 30 years as a laboratory technician for the Ohio Bureau of Criminal Investigation (BCI).  During that time, she analyzed evidence in criminal cases and testified in court regarding those analyses.  The feature story in The Columbus Dispatch says she now, “stands accused of slanting evidence to help cops and prosecutors build their cases.”

According to the newspaper report, the BCI employee stretched the truth in her analyses to satisfy law enforcement.  She even reportedly went so far as asking police officers “What do you need the evidence to say?”  Her work as a government scientist led to hundreds of criminal convictions, including serious cases involving murder and rape.  This forensic scientist’s lack of credibility calls many of those convictions into question.  It also brings attention to the issue of forensic testing in Ohio DUI/OVI cases.

In Ohio OVI cases, forensic testing at crime labs is used to detect and measure alcohol and drugs in blood and urine samples.  If a driver is arrested and the officer suspects the driver is under the influence of alcohol and/or drugs of abuse, the officer asks the driver to submit a sample of breath, blood or urine.  Breath samples are analyzed on-the-spot by a breath-testing machine.  Blood and urine samples are sent to a crime lab for analysis.

At the labs, forensic scientists analyze the blood and urine specimens to identify and quantify alcohol and drugs.  The analysis is typically done with gas chromatography, mass spectrometry and a few other approved analytical techniques.  The list of approved techniques and other regulations for forensic analyses are contained in Ohio Administrative Code chapter 3701-53.  The regulations in that chapter subject the crime labs and forensic scientists to some level of oversight.

Unfortunately, the level of oversight is fairly low.  Although a forensic scientist’s report regarding a particular analysis is reviewed by a superior, the actual work underlying the report is rarely checked by anyone.  Even when questionable work is detected, forensic scientists continue their employment, as is the case with Yezzo.  She was repeatedly disciplined for low-quality work and behavioral issues, but her employment continued despite one supervisor concluding, “Your failures could lead to a substantial miscarriage of justice”.

Yezzo’s work apparently led to a miscarriage of justice in the case of James Parsons.  Based on her analysis of blood spatter patterns, Parsons was convicted of killing his wife.  After he spent 23 years in prison, lawyers from The Innocence Project convinced a judge to take a fresh look at the case.  When the judge heard evidence about Yezzo’s suspect analysis and credibility problems, Parson’s conviction was dismissed, and Parsons was released from prison.

Thankfully, the attorneys from the Innocence Project were sharp and thorough.  Criminal defense lawyers are sometimes the last line of defense against governmental abuse of power.  With that responsibility, defense lawyers have an obligation to represent their clients zealously:  not only for the protection of that individual client, but for the protection of the Constitutional foundation upon which our democracy is built.