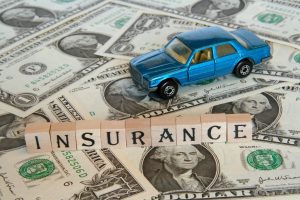 If you think about the consequences of getting a DUI (called OVI in Ohio), the first thing which comes to mind is probably the sentence from the court. There is good reason for that: the sentence includes a mandatory jail term, license suspension, and fine as well as possible yellow plates, ignition interlock, and probation. In addition to the sentence imposed by the judge, however, there are collateral consequences for DUI/OVI convictions. One of those consequences is skyrocketing auto insurance premiums.

How Are Insurance Premiums Calculated?
Auto insurance premiums are determined by what an insurance company expects to be the amount of risk associated with a particular driver and car. There are many factors which affect the cost of auto insurance. Those factors include the type and age of the car, how far and frequently the vehicle is driven, and the state in which the vehicle is used. Other factors are the driver’s age, gender, marital status, credit history, and driving history.

Why Does A DUI/OVI Affect Premiums?
With regard to driving history, one of the most expensive entries in a driving record is a conviction for DUI/OVI. Studies show that DUI/OVI is a risky driving behavior which leads to more crashes than practically any other driving behavior. In addition, insurance companies conclude that a person who engaged in that risky behavior is likely to repeat it in the future.

How Much Do Premiums Increase?
According to one source, rates may jump as high as 371%, but the national average is an increase of 80%. As another source explains, the rate hike will be highest during the first year and gradually decrease. In the first year after a DUI/OVI conviction, premiums increase an average of 94%. After that, the increase is gradually reduced until the conviction no longer affects the cost of insurance. That may take up to seven years, depending on the driver’s state of residence and which insurance company insures the driver.

Are Other Types Of Insurance Affected?
Other types of insurance may also be affected by a DUI/OVI conviction. Those include health insurance, life insurance, and disability insurance. In addition, increased insurance costs are not the only collateral consequences of DUI/OVI convictions. Other secondary consequences include an impact on professional licensing, military status, employment, and immigration. The worst secondary consequence may be having a DUI/OVI on one’s permanent record, as the conviction cannot be sealed/expunged.

How Do I Avoid A DUI/OVI Conviction?
The best way to avoid a DUI/OVI is obviously to not drive under the influence or over the limit. Unfortunately, one doesn’t always recognize when one is under the influence, and most people do not know exactly when they are over the limit. So, it’s best to not drive if there is any question about either. If you are charged with DUI/OVI, the best way to avoid a conviction is to contest the charge and hire an effective Ohio DUI/OVI law firm.