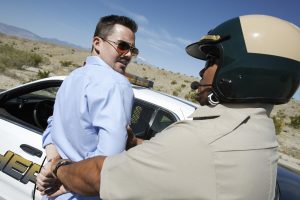 At some point, the exception becomes the rule.  To discourage police from violating individual rights, we developed the exclusionary rule.  If evidence is obtained as a result of an unreasonable search or seizure, or other Constitutional violation, the evidence is excluded from trial.  That’s the general rule.  Courts, however, have created exceptions to this rule.  One exception to the exclusionary rule was the subject of a recent case before the United States Supreme Court.  The outcome of that case could affect DUI/OVI cases in Ohio.

The detective ran a check on Strieff and learned there was a warrant for Strieff’s arrest for a minor traffic offense.  The detective arrested Strieff and conducted a search of Strieff’s person incident to the arrest.  During the search, the detective found methamphetamine in Strieff’s pocket.  Strieff was charged with drug possession, and he filed a motion to suppress the evidence based on the illegal stop.  The trial court overruled Strieff’s motion, and the case was ultimately appealed through the Utah state courts to the United States Supreme Court.

The United States Supreme Court concluded the drugs seized from Strieff should not be excluded from trial.  The Court acknowledges the stop was unlawful but finds the arrest warrant was a sufficient intervening event to attenuate the connection between the government’s unlawful act and the discovery of evidence.  This rationale is now referred to as the “attenuation doctrine”, an exception to the exclusionary rule.

The Court applies the attenuation doctrine using a three part test attributed to Brown v. Illinois.  First, the temporal proximity between the unlawful stop and the search favors suppressing the evidence because the search occurred minutes after the illegal stop.  Second, the presence of strong intervening circumstances favors admitting the evidence because the intervening circumstance was a valid arrest warrant.  Third, the purpose and flagrancy of the misconduct favors admitting the evidence because the officer was negligent at most, and the stop was not part of any systemic or recurrent police misconduct.  Applying this three-part test leads the Court to conclude the search warrant sufficiently attenuates the connection between the illegal stop and the discovery of the evidence.  Accordingly, the Court held the evidence seized from Strieff is admissible.

The analysis in Strieff is disappointing.  The purpose of the exclusionary rule is to deter law enforcement officers from violating individuals’ Constitutional rights.  The Strieff decision does not further the objective of the exclusionary rule:  it undercuts the rule.  Officers are now encouraged to stop individuals without any justification in the hope that a search warrant or other intervening circumstance will excuse the officer’s unlawful conduct.

This exception to the exclusionary rule could be a factor in Ohio DUI/OVI cases when there is no legitimate justification for the initial traffic stop.  Before the creation of the attenuation doctrine, a finding that the stop was not justified would end the analysis:  all evidence obtained after the stop would be excluded.  Now, the analysis would continue to determine if there are attenuating circumstances.  DUI/OVI defense is a practice area of increasing complexity.