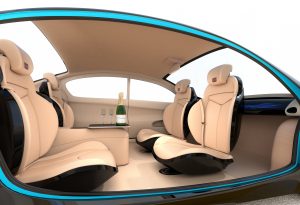 Carrie Underwood’s plea, “Jesus, take the wheel” is being replaced with the hands free command, “Siri, take the wheel”. According to a recent forecast by Business Insider, there will be 10 million self-driving vehicles on the road by 2020. With that in mind, I have been asked several times, “Are you concerned driverless cars will hurt your business as a DUI lawyer?”

I’m not. First, I do not expect a large number of completely self-driving cars on the road before my career ends. Second, a drunk in a driverless car can still be charged with DUI/OVI in Ohio. Third, if self-driving cars put an end to drunk driving, I will gladly transition to another career.

There are semi-autonomous cars currently on the roads in the United States.  While manufacturers like Tesla, Volvo, Audi, BMW and Google have made great advancements in self-driving technology, there have also been setbacks.  Google cars have been involved in multiple accidents, including a crash with a bus.  Just a few days ago, a driver was killed in an accident while in a Tesla on auto-pilot.

Despite setbacks, semi-autonomous cars will increasingly be purchased and driven.  With the development of new technology, there are bound to be problems.  When those problems lead to serious consequences, like the deadly Tesla crash, there is naturally public outcry.  That outcry is temporary:  safety of self-driving cars will continue to improve, and self-driving cars will become mainstream.  In fact, U.S. Secretary of Transportation Anthony Foxx said he expected to see them in use everywhere in the world within ten years.  As self-driving cars become mainstream, more people will ‘drive’ them under the influence.

If a person is ‘operating’ a self-driving car under the influence, that person can be convicted of OVI in Ohio.  Ohio Revised Code section 4511.19 says no person shall ‘operate’ any vehicle if, at the time of the ‘operation’, the person is under the influence of alcohol and/or drugs.  Another statute, section 4511.01, says “operate’ means to cause or have caused movement of a vehicle”.

The ‘driver’ of a self-driving car is ‘operating’ the car under Ohio law.  In a semi-autonomous car, the ‘driver’ begins driving the car and then engages the auto-pilot features.  That person has clearly caused movement of the vehicle.  Even in a fully autonomous car, if the ‘driver’ enters a destination for the car to begin the journey, the driver has ‘caused movement’ of the vehicle.  Therefore, a driver who is under the influence can be convicted of OVI whether the self-driving car is semi-autonomous or fully autonomous.  This result is consistent with public policy:  a driver of a self-driving car should be ready and able to take control of the vehicle in case of emergency, unlike the driver in the recent Tesla crash.