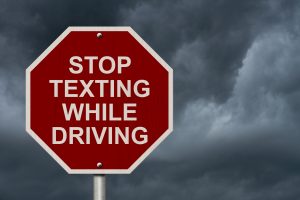 Using the Textalyzer at the scene would be warrantless, so it would only be Constitutional if permitted by one of the recognized exceptions to the search warrant requirement. One exception to the search warrant requirement is consent: if a person consents to a search and/or seizure, a search warrant is not necessary. So long as the driver knowingly and voluntarily consents to the Textalyzer examination, it would not be prohibited by the Fourth Amendment. But what if the driver does not consent?

Implied Consent Could Incentivize Compliance With The Textalyzer
Ohio, like most states, has an ‘implied consent’ law for DUI/OVI. By driving in this state, drivers implicitly consent to a breath/blood/urine test if arrested for DUI/OVI in Ohio. If a driver revokes that implied consent by refusing the test, the driver’s license is suspended for at least one year. Courts have held that implied consent laws are Constitutional, so long as certain safeguards are in place.

The state could implement an implied consent law for the Textalyzer. Drivers would then implicitly consent to a Textalyzer examination in the event of an accident or traffic violation. Refusal to hand over one’s cell phone for Textalyzer analysis would result in a license suspension.

Balancing Public Safety And Individual Liberties
The Textalyzer and a new implied consent law could be an effective combination for combatting the problem of using cell phones while driving, but this combination involves potential invasions of privacy. Cell phones contain information considered to be private. The United States Supreme Court recognized this when it held search warrants are required for law enforcement to search cell phones (Riley v. California).

To protect individuals’ privacy, use of the Textalyzer would need safeguards. First, the Textalyzer must not be capable of accessing any content of the phone; only information regarding when and how the phone was used. Second, officers should only be permitted to request consent from a driver when the officer has probable cause to believe the driver committed a traffic offense and probable cause to believe the driver was using a cell phone at the time.