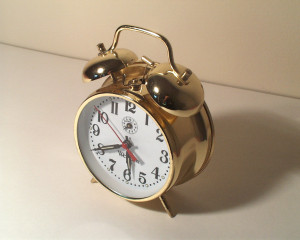 That question was answered last week in State Of Ohio v. Brittany Wieland. This issue has been addressed by different Ohio courts of appeals but has never been directly addressed by the Ohio Supreme Court. The Ohio appellate courts have reached different conclusions because the issue is not simple. The situation involves two OVI charges and two types of speedy trial rights.

The two different OVI charges involved in this case are OVI ‘impaired’ and OVI ‘per se’. For the charge of OVI ‘impaired’, the government must prove the defendant’s ability to drive was impaired by alcohol. For the charge of OVI ‘per se’, the government must prove the concentration of alcohol in the defendant’s urine exceeded .109 (the equivalent of .08 in blood).

The two different types of speedy trial rights are Constitutional rights and statutory rights.  The federal and state constitutions provide the right to a speedy trial, but the delay in this case is likely not a Constitutional violation.  The statutory right to a speedy trial is found in Ohio Revised Code section 2945.71.  According to that section, first degree misdemeanors like OVI must be brought to trial within 90 days after a person is arrested or served with a summons to appear in court.

The Court’s opinion in Wieland is troubling.  Test results showing alcohol in the defendant’s body should not be considered “new facts”:  the officer already charged her with OVI based on the officer’s conclusion she operated a vehicle with alcohol in her body.  In addition, the police department had the urine test results three weeks after the original charge and sat on the “new” evidence for three months before filing the additional charge.  As the Wieland opinion says this is not a speedy trial violation, the police could wait to file charges for up to two years (the statute of limitations for misdemeanors).