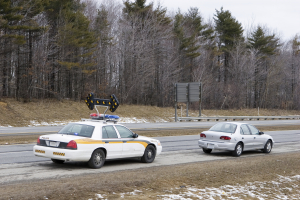 e an officer detains a person for violating a traffic law and it turns out the person really didn’t violate the law: the officer was simply mistaken about what the law says. Until recently, one would expect that any evidence obtained after the mistaken detention would be thrown out. In a recent case, however, the U.S. Supreme Court concluded any evidence obtained after the officer mistakenly detained the person is not excluded from trial, so long as the officer’s mistaken belief about the law was reasonable.

The case is Heien v. North Carolina. A police officer was watching traffic on a road in North Carolina when the officer observed Heien’s Ford Escort pass by. The car was being driven by Maynor Javier Vasquez, and Heien was a passenger. The driver was not driving recklessly, was not speeding, and was not violating the law in any way. The officer followed the car because the driver looked “very stiff and nervous”, then stopped the car for what the officer believed was a brake light violation. The car only had one working brake light, and the officer did not know that North Carolina law only requires one working brake light.

As the officer was issuing a warning ticket for the broken brake light, the officer became suspicious because the driver and passenger gave inconsistent answers to his questions regarding their destination. The officer asked Heien if the officer could search the vehicle. Heien consented. The officer found cocaine in the vehicle, and Heien was ultimately charged with and convicted of Attempted Drug Trafficking.

The U.S. Supreme Court answers that question in the affirmative. In an opinion written by Chief Justice Roberts, the Court concludes that, if an officer stops a vehicle based on the officer’s mistake of law, and if that mistake is reasonable, the stop is justified under the Fourth Amendment. The Court reasons that people, including law enforcement officers, make mistakes, and an officer’s mistaken belief should only result in evidence being excluded if the officer’s mistaken belief was unreasonable. The Court supports this reasoning with citations to cases from the 1800s. Those cases did not involve the scope of the Fourth Amendment, and the Court’s opinion admits the cases are not on-point. The Court also compares officers’ mistakes of law with officers’ mistakes of fact. There are cases holding a detention may be justified even if an officer made a mistake of fact.

The Court’s comparison of mistakes of fact and mistakes of law is not compelling. The Court gives this example:

An officer might, for example, stop a motorist for traveling alone in a high-occupancy vehicle lane, only to discover, upon approaching the car that two children are slumped over in the back seat. The driver has not violated the law, but neither has the officer violated the Fourth Amendment.

In the Court’s example, we would not expect an officer to know there were additional passengers in the car, so the officer’s detention of the car and its occupants is reasonable. We do, however, expect officers to know what is illegal and what is not. Suppose the officer knows there are two children in the car and mistakenly believed the law required four people in a vehicle for travel in the high-occupancy lane. I think stopping the vehicle based on the officer’s mistake of law would be unreasonable. The U.S. Supreme Court may disagree.

The Court’s decision in Heien is another incremental erosion of Fourth Amendment protections. I’m not suggesting the officer should be punished, or even criticized, for not knowing every intricacy of the state’s vehicle equipment law. I’m only suggesting that, if the officer was wrong, and there really was no violation of the law, the officer really did not have justification to stop the car. Therefore, the stop was an unreasonable seizure, and evidence obtained after the unreasonable seizure should be suppressed. I’m sure the Heien case will be cited in future litigation of DUI/OVI cases in Columbus and Central Ohio.