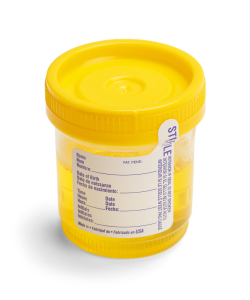 Most states acknowledge urine testing is not an accurate way to measure blood alcohol concentration, and Ohio is one of the few states which still uses urine alcohol testing for DUI/OVI cases. Ohio law makes urine tests admissible in court so long as law enforcement agencies follow state regulations. Some of those regulations address scientific reliability, and some of those regulations address administrative issues. As a result, urine tests are often inadmissible, not because they are scientifically unreliable, but because the government did not follow its own rules.

Ohio law makes urine tests admissible in DUI/OVI cases. Ohio Revised Code section 4511.19(D) states urine tests may be admitted as evidence if the urine sample is analyzed in accordance with regulations approved by the Ohio Director Of Health. The regulations approved by the Director Of Health (DOH) are found in chapter 3701-53 of the Ohio Administrative Code.

For a urine test to be admissible as evidence in a DUI/OVI trial, law enforcement must comply with the DOH regulations. If a defendant files a motion to suppress the urine test based on the regulations, the prosecution has the burden of proving substantial compliance with the regulations. A recent case of mine is a good illustration of how this plays out in court.

My client was arrested for OVI, submitted a urine sample, and the result was reported as .123. We filed a motion to suppress the urine test, and the laboratory technician who performed the urine test was subpoenaed to court for our motion hearing. The prosecutor and I met with the lab tech before the hearing started. The lab tech opened the bag containing the urine sample…[insert dramatic music here]…the label on the jar did not contain the name of the suspect or the date and time the specimen was collected. The prosecutor agreed the urine test would be suppressed, and the OVI charge was reduced to a lesser offense.

This case demonstrates the irony inherent in Ohio’s urine testing system. The truth is my client’s urine test shouldn’t be used against him because it has doubtful accuracy, and we don’t want to convict people based on inaccurate tests. The lack of accuracy, however, is not what made the urine test inadmissible. Instead, the urine test was going to be inadmissible because the officer overlooked writing some basic information on a label. I think most people would say my client ‘got off on a technicality’: the reality is this was the right result, but probably for the wrong reason.