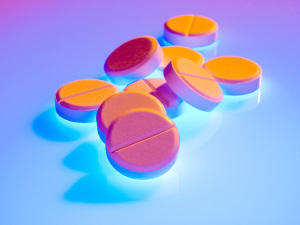 There is a difference between what generally ‘makes sense’ and what is sufficient evidence in court. In a recent Ohio DUI/OVI case, the prosecution’s failure to prove all the elements of an offense resulted in one conviction being reversed and probably should have resulted in a second conviction being reversed as well. This case from an Ohio court of appeals also illustrates important lessons for litigating DUI/OVI cases involving drugs.

The Trial Court Was Satisfied With The Evidence
The case is Parma v. Tayeh. A Parma police officer observed Tayeh driving his Porsche “all over the road”. The officer stopped Tayeh and observed signs he was under the influence of drugs. His symptoms worsened in the back of the cruiser, and the officer administered Naloxone. Tayeh was taken to a hospital, and the officer followed.

Tayeh refused to submit to a blood test but did acknowledge taking four Tramadol pills earlier in the day. The officer searched Tayeh’s car and found pills which were suspected to be Seroquel. The officer charged Tayeh with OVI, Possessing a Dangerous Drug, and Marked Lanes. Tayeh took the case to trial.

The Appellate Court Found The Evidence Was Insufficient
The Eighth District Court of Appeals reversed the conviction for Possessing a Dangerous Drug. Ohio Revised Code section 4729.51(C)(3) prohibits possessing dangerous drugs. The definition of “dangerous drug” in Ohio Revised Code section 4729.01(F) includes drugs which “may only be dispensed upon a prescription”. Based on the evidence admitted at trial, the appellate court concluded there was insufficient evidence to demonstrate Seroquel is a dangerous drug. Accordingly, the appellate court dismissed the conviction for Possessing a Dangerous Drug.

Was The Evidence Sufficient To Prove Guilt For OVI?
It is curious the same analysis was not applied to the OVI conviction. The OVI statute, Ohio Revised Code section 4511.19, prohibits operating a vehicle under the influence of alcohol and/or a “drug of abuse”. According to Ohio Revised Code section 3719.011, a “drug of abuse” is any controlled substance, harmful intoxicant, or dangerous drug.

Based on this analysis, it appears Tayeh’s conviction for OVI should have also been reversed. Unfortunately, the court of appeals did not undertake this analysis because the issue apparently was not raised by Tayeh’s lawyer.

This matter illustrates a couple points for litigating cases of driving under the influence of drugs. First, a case which appears to be very strong for the prosecution may not be so strong if the prosecution does not introduce all the necessary evidence. Second, it’s important to raise all the issues which can be legitimately challenged.