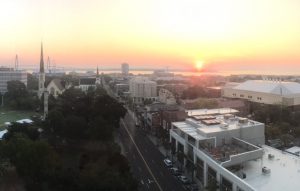 Cross-examination was the subject of a recent workshop in Charleston, South Carolina (a couple days after Hurricane Irma hit!), and I was part of the faculty for the workshop. The workshop was part of a three-day seminar presented by the DUI Defense Lawyers Association (DUIDLA), and first two days of the seminar were lectures on various DUI/OVI topics. The third day was a trial skills workshop focused on improving the attendees’ cross examination skills.

Even if lawyers agree cross-examination is important, lawyers do not always agree on the most effective method(s) of cross-examining witnesses. In this workshop, for example, there were two different methods demonstrated.

Matt Dodd, son of Roger Dodd, demonstrated the Pozner-Dodd method. This method focuses on controlling the witness through the use of leading questions, eliciting one fact per question, and narrowing from the general to the specific. It’s very similar to the Terry McCarthy style of cross-examination and is a very effective method for cross-examining police officers and crime lab technicians.

Frank Mungo, graduate of the Gerry Spence Trial Lawyers’ College, demonstrated the soft cross method. With this method, the lawyer first steps into the shoes of the witness to better understand the witness’s thoughts, feelings and motivations. The lawyer then ‘comes at the witness sideways’ by empathizing with the witness and then softly eliciting favorable testimony from the witness. It’s considered ‘soft’ because it is not combative. Soft, however, should not be confused with easy. Executing a soft cross effectively is challenging

I use both the Pozner-Dodd / McCarthy method and the soft cross. There is no need to choose one particular method for all occasions. Just as a builder should not use a hammer when the job calls for a drill, a lawyer should use the best tools for trials.

Hopefully, those other seminars will be in locations as great as Charleston, SC. Although Hurricane Irma ruined my plan to visit Fort Sumter, I was able to tour the USS Yorktown aircraft carrier, stroll through the City Market and downtown area, and eat some great southern cooking. All parts of a seminar are important too!