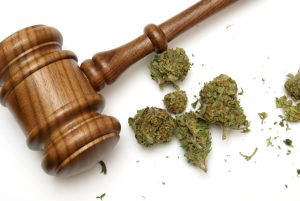 We’ve used this space in the past to discuss how the nationwide trend in marijuana legalization has impacted the enforcement of DUI laws (called ‘OVI in Ohio’). After last week’s election, 37 states plus Washington D.C. have now legalized marijuana in some fashion. While recreational use of marijuana has been decriminalized (but not legalized) in Ohio, medical marijuana has been legal here since 2016. What does this mean for marijuana DUI charges? Could changes to Ohio’s OVI laws be on the horizon?

Marijuana OVI/DUI In Ohio
Most people are aware that the ‘legal limit’ for alcohol when driving is .08. The fact that Ohio has legal limits for marijuana is less common knowledge. Ohio actually has three separate legal limits for marijuana depending on whether an OVI suspect is being tested for THC (the principle psychoactive ingredient in marijuana), metabolites of THC (products of the body’s THC break-down), or a combination of THC metabolites and alcohol. Along with THC itself, Ohio tests for two different metabolites when attempting to establish a driver was impaired by marijuana.

The first of these metabolites is called Hydroxy-THC, and it is similar to straight THC in two important ways. First, Hydroxy-THC is a psychoactive metabolite, meaning that its presence in a person’s body can indicate that the person is under the influence of marijuana. Second, like THC, Hydroxy-THC is typically no longer detectable in a person’s blood several hours after the initial consumption or inhalation of THC. While these factors make the presence of THC or Hydroxy THC stronger indicators of impairment than the second type of metabolite, their relatively short window of detectability means that they are rarely seen in laboratory test results for Ohio OVI cases.

The most common marijuana metabolite present in Ohio OVI cases is Carboxy-THC. Unlike THC and Hydroxy-THC, Carboxy-THC is a non-psychoactive compound. This means its presence in a person’s urine bares absolutely no relation to their potential impairment from marijuana. Additionally, Carboxy-THC can be detectable for weeks in people who use marijuana regularly. Like people who, for example, use marijuana on a regular basis as medication prescribed by a doctor.

Medical Marijuana And Ohio DUI/OVI
While Ohio is following the national trend of less restrictive marijuana laws, its OVI/DUI laws have not kept pace. Ohio’s reliance on testing for Carboxy-THC means that each and every legal medical marijuana patient is likely ‘over the limit’ every time they get behind the wheel of a car. Even if they haven’t used marijuana for several days or weeks. What, if anything, can Ohio do to correct this disconnect in the law?

Recently, the Pennsylvania House passed a bill amending the state’s DUI law to decriminalize driving with residual traces of THC in the system of medical marijuana patients. While this bill still needs to be passed by the state senate and signed by the governor, it is an important step in recognizing that many states’, including Ohio’s, DUI/OVI laws are out of step with both reality and science.

Going forward, Ohio could potentially follow the lead of this proposed Pennsylvania amendment and carve out an exception in the OVI law for medical marijuana patients. However, this seems like a stop-gap measure a best. If Ohio follows the growing national trend and legalizes recreational marijuana, countless innocent citizens could be found guilty of OVI even though they haven’t used marijuana in days or weeks. A more thorough examination of how Ohio handles marijuana based OVI/DUI cases will be necessary if/when the state legalizes recreational use.

What To Do If You Are Charged With Marijuana OVI/DUI In Ohio
The growing acceptance of marijuana has led to an increase in marijuana based OVI/DUI charges. Given Ohio’s reliance on metabolite testing, many of these charges have been brought against people who were not actually impaired. If you have been charged with marijuana OVI in Ohio, it is important to hire attorneys who are experienced in the intricacies of the law and will take the time to investigate the particulars of your case.