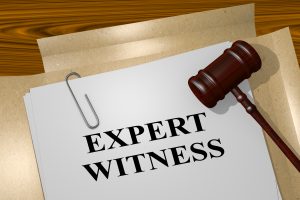 In Ohio DUI/OVI cases, the prosecution sometimes introduces expert testimony. If a prosecutor intends to do so, the prosecutor must provide the defense attorney with a written report summarizing the expert’s testimony. According to the Ohio discovery rules, the report must be disclosed to defense counsel at least 21 days prior to trial. What happens when the report does not contain all the expert’s testimony or isn’t provided timely? A recent decision from the Ohio Supreme Court answers that question.

At trial, the prosecution elicited testimony from the coroner about the time of death and the abrasion under the victim’s chin. The defense attorney objected, but the trial judge admitted the testimony. The defendant was found guilty and appealed to the Sixth District Court of Appeals. The court of appeals affirmed the conviction, so the defendant appealed to the Ohio Supreme Court.

The Consequence For Failing To Follow The Discovery Rules
The Ohio Supreme Court analyzed the rules for discovery, which are found in Rule 16 of the Ohio Rules of Criminal Procedure. Rule 16(K) states:

An expert witness for either side shall prepare a written report summarizing the expert witness’s testimony, findings, analysis, conclusions, or opinion, and shall include a summary of the expert’s qualifications. The written report and summary of qualifications shall be subject to disclosure under this rule no later than twenty-one days prior to trial, which period may be modified by the court for good cause shown, which does not prejudice any other party. Failure to disclose the written report to opposing counsel shall preclude the expert’s testimony at trial.

The Court noted that the expert witness report was provided in advance of 21 days before the trial, so the question was what would be the remedy for the coroner’s testimony going beyond the scope of the report.

The Court reasoned the plain language of the Rule was clear: the failure to disclose an expert’s report “shall preclude the expert’s testimony at trial”. Accordingly, the Court concluded the remedy was exclusion of the coroner’s testimony which went beyond the scope of the report, and the trial judge erred by admitting that testimony. Unfortunately for Boaston, the court also found the judge’s error was ‘harmless’ due to the overwhelming evidence of Boaston’s guilt.

What This Means For Ohio DUI/OVI Cases
In Ohio DUI / OVI cases, expert witnesses sometimes testify about chemical tests administered on blood/breath/urine samples and other topics. Given the volume of cases in some courts, the expert witness reports may not always be provided timely and may not always include all the expert’s anticipated testimony. In such a case, it is important for the defendant to be represented by a good DUI / OVI lawyer who knows how to litigate this issue.