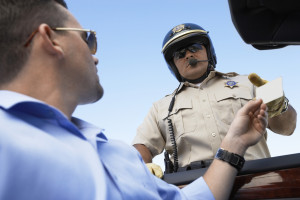 Florida does provide a hearing for challenging the Administrative License Suspension.  However, the hearing is held, and the decision is made, by an employee of the Florida Department of Highway Safety and Motor Vehicles.  So an administrative agency suspends the license, and that same administrative agency decides whether the suspension was proper.  The lawsuit refers to the process as a “kangaroo court”.

In Ohio, the process is different.  When a person receives an ALS, that person’s initial court appearance must be held within five business days.  At the initial court appearance, the defendant may appeal the ALS.  The defendant can also file an appeal of the ALS up to 30 days after the initial appearance.  After the defendant appeals the ALS, a hearing is held to determine whether the license suspension was properly imposed.  Unlike Florida, the hearings in Ohio are held before a judge or magistrate, not an employee of the Bureau of Motor Vehicles.

Although Ohio’s ALS appeal procedure is better than Florida’s, Ohio’s may also have a due process problem.  A driver license is considered property, and the government is not permitted to take life, liberty or property without due process of law.  Due process dictates the driver must be given an opportunity to be heard at a meaningful time.

The ‘meaningful time’ requirement is what makes Ohio’s ALS appeal process problematic.  Although the initial appearance must be held within five business days, the ALS appeal will not necessarily be heard at the initial appearance.  According to Ohio Revised Code section 4511.197, the B.M.V. can request that the appeal hearing be continued (postponed), and the judge can continue the hearing even if a continuance is not requested.