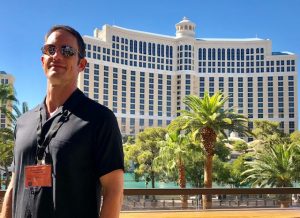 I have attended this DUI seminar in Vegas annually for about 15 years. One might think it would grow stale. It doesn’t. While the co-sponsors of the seminar are the same each year, the National College for DUI Defense (NCDD) and the National Association of Criminal Defense Lawyers (NACDL), there are always different speakers and themes. This year’s theme was ‘Grand Slam Defenses’.

The lead-off batter was Bill Kirk with ‘Cross-Examination: The Lawyer’s Opportunity To Testify’. Kirk was spot-on when he urged attendees to improve cross-examination by doing three things: (1) adopt methods which have worked for others; (2) use your own style; and (3) practice and ask for constructive criticism. Throughout my career, I have studied trial techniques in books and borrowed successful trial tactics from other lawyers. As Kirk recommends, I have incorporated the techniques which are effective and consistent with my style. I have given the same advice to many attendees as an instructor at the OACDL trial skills workshops.

Another major league presentation was Deja Vishny’s ‘What Online Dating Taught Me About Jury De-Selection’. Vishny gave the traditional advice of gearing the voir dire toward one’s theory of the case. However, she recommended asking questions to de-select jurors rather than seeking information to help select jurors. Vishny also provided examples of methods for meaningful dialogue with prospective jurors. Her presentation included specific phrases for questions, using sliding-scale questions, and using questions which frame a challenge for cause.

Peter Gerstenzang hit a home run with ‘The Psychology Of Summations’. Gerstenzang discussed the importance of preparation, framing the issues and structuring points for impact. He recommended writing the closing argument, internalizing it, and delivering it without a script or notes. He also demonstrated how to get attention with eye contact, dramatic pauses, and movement (which we both learned from Homoly Communications). Gerstenzang also eloquently described the implementation of trilogies, analogies and story-telling.

This article summarizes only three speakers who hit it out of the park, but there were other speakers who also scored runs (including Virginia Landry, Tony Palacios and Erin Gerstenzang). Although I have been practicing DUI / OVI defense for over 20 years, there is always more to learn. A great way to do that is attending the Vegas seminar: it’s like spring training for the DUI lawyer’s mind. It also doesn’t hurt that the ‘ballpark’ was the Bellagio: not a bad place for a seventh-inning stretch. Next year’s seminar will be at a new venue: the Planet Hollywood Resort & Casino. Based on this seminar’s batting average, I’m sure it will be a hit there too.