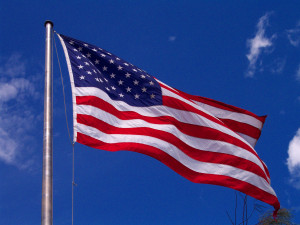 It’s Independence Day. We’re celebrating our freedom, and we’re celebrating everything which makes the U.S.A. a great nation. One thing which makes this nation great is it’s ultimately governed by laws, not people. The framework for our laws is the Constitution, and the part of the Constitution which guarantees much of the freedom we’re celebrating today is the Bill Of Rights. The founders of this nation put their lives on the line for that freedom. Soldiers in our military protect the country and preserve our freedom from foreign oppression. But who is protecting our freedom from domestic oppression and preserving the liberties promised by the Bill Of Rights?

To deter the government from violating Constitutional rights, we use the exclusionary rule. If officers break into a defendant’s house and seize the murder weapon without a warrant, testimony regarding that murder weapon is excluded from trial. If an officer beats a suspect until he confesses, that confession is excluded from trial. The immediate result may be the defendant whose rights were violated is acquitted of a crime he committed. The long-term result is law enforcement is generally deterred from violating citizens’ individual rights.

Suppose my client, “Tom”, is suspected of illegally downloading music on the desktop computer at his home. Rather than get a judge’s permission to search Tom’s computer, officers go to Tom’s house, seize the computer without Tom’s consent, and find the illegal downloads. I file a motion to suppress the evidence in which I ask the judge to exclude from trial all evidence regarding what was found on Tom’s computer. The judge grants my motion, and the prosecution cannot prove Tim’s guilt without that evidence. The prosecution appeals to the court of appeals, but the appellate court affirms the decision of the trial judge. Although Tom committed the crime, he walks.

While we as a society may not want Tom to walk, that’s what it takes to preserve our individual rights. William Blackstone said, “It is better that ten guilty persons escape than that one innocent suffer”. It is also better that one guilty man goes unpunished if it means many people will not have their rights violated because the government is deterred from repeating the conduct which led to the guilty man going unpunished.