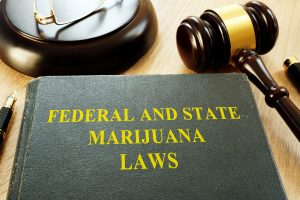 Most states now have some form of legalized marijuana. Thirty-four states (as well as D.C., Guam and Puerto Rico) have medical marijuana programs, and ten states permit recreational marijuana use. The states with recreational marijuana have questioned whether marijuana legalization results in more traffic accidents. According to a recent article in the USA Today, the answer seems to be ‘no’. Nevertheless, Ohio aggressively enforces a flawed marijuana DUI law (called ‘OVI’ in Ohio).

Ohio’s Marijuana OVI ‘Per Se’ Law
One flaw with Ohio’s Marijuana OVI ‘per se’ law is it does not distinguish between relevant and irrelevant marijuana metabolites. Metabolites are substances produced when a drug is metabolized (broken down). The psychoactive ingredient in marijuana, THC, is metabolized into the psychoactive metabolite ‘Hydroxy THC’ and the inactive metabolite ‘Carboxy THC’. Ohio’s OVI law makes it illegal to operate a vehicle with a prohibited concentration of any marijuana metabolites.

Ohio law enforcement agencies regularly tests drivers’ urine samples for ‘Hydroxy THC’. That metabolite is inactive: it is not affecting the driver’s mental processing or physical abilities. In addition, ‘Hydroxy THC’ may be present in urine for up to five weeks after the marijuana was ingested. A driver with marijuana metabolites in her urine could be prosecuted for OVI ‘per se’ even though the driver ingested the marijuana a month before.

Another flaw with Ohio’s Marijuana OVI ‘per se’ law is the level of marijuana which is prohibited. The prohibited level (often called the ‘legal limit’) in Ohio is 35 nanograms per milliliter of urine or five nanograms per milliliter of blood. This limit has two problems. First, even if law enforcement were directly measuring THC, there is no correlation between the THC level and the effects of THC. In fact, studies show the peak THC level can occur when low impairment is measured, and high impairment may be present when the THC level is low. Second, there is no agreement in the scientific community as to what THC level impairs driving ability.

The Law Should Be Repealed
Given this information about marijuana, its metabolites, and impaired driving ability, Ohio should not have a Marijuana OVI ‘per se’ law. The legislature should repeal that law and retain the Marijuana OVI ‘impaired’ law which makes it unlawful for a person to operate a vehicle ‘under the influence’ of marijuana. ‘Under the influence’ means the ingested marijuana impairs the person’s ability to drive. Impaired driving ability is what makes the road less safe, and the OVI ‘impaired’ law addresses this concern.