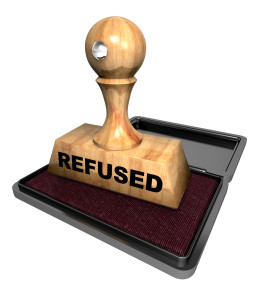 A judge in Columbus, Ohio found a man to be in violation of probation because the man was unable to urinate upon request.  The judge was aware the defendant, Mr. Hand, had medical problems which caused urinary difficulties and was taking medication designed to increase his urination.  Nevertheless, the judge concluded Mr. Hand’s inability to urinate constituted a “refusal” to submit to a urine test.  Individuals placed on probation for DUI/OVI in Ohio do not have this kind of experience, ordinarily.  But this was no ordinary case.

In the case of Mr. Hand, the judge ordered pretty common probation conditions:  Mr. Hand was ordered to complete a driver intervention program, complete any follow-up counseling recommended by that program, and complete 80 hours of community service.  He was also required to submit to alcohol/drug screens and not refuse any tests (for alcohol/drugs).

The judge held a hearing. At the hearing, the probation officer testified regarding the alleged urine test refusal. Mr. Hand explained to the judge he attempted to urinate –he even ran water to stimulate urination- but he simply couldn’t. Mr. Hand also produced exhibits confirming his congestive heart failure and kidney problems. The evidence showed Mr. Hand was even taking medication to increase urination. Despite this evidence, the judge found Mr. Hand violated his probation by refusing the urine test. The judge ordered additional probation conditions, including the installation of an ignition interlock on Mr. Hand’s vehicle.

The Tenth District Court of Appeals reversed the trial judge’s decision. The appellate court reasoned a probation violation must be willful, and Mr. Hand’s failure to comply with the urine test was not willful. The court’s written opinion explained that a judge’s finding of a probation violation is only reversed if that finding is an “abuse of discretion”, and the trial judge’s conclusion in Mr. Hand’s case was, in fact, an abuse of discretion. This is not the first time an Ohio appellate court concluded a person’s inability to urinate is not a refusal of a urine test. A similar case was discussed in a previous entry in this blog.

It’s surprising the probation officer filed a statement of violations based on this incident, and it’s downright shocking the judge found Mr. Hand to be in violation of probation. Thankfully, the judge did not impose jail time for the purported violation.