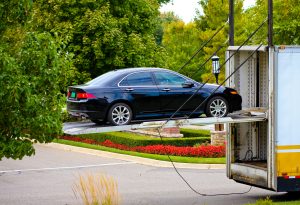 Trial Court Finds Forfeiture Not Excessive
The case is State v. O’Malley.  While driving his 2014 Chevrolet Silverado, O’Malley was stopped by a trooper.  The trooper ultimately arrested O’Malley and charged him with OVI.  Because O’Malley had two prior convictions for OVI within the last ten years, his vehicle was seized.  When O’Malley pled No Contest to OVI, he was found guilty, and his $31,000 vehicle was forfeited to the government as part of the sentence, even though O’Malley argued doing so would violate the Equal Protection Clause and the Excessive Fines Clause.  O’Malley appealed the vehicle forfeiture to the 9th District Court of Appeals, and the appellate court affirmed the trial court’s decision to forfeit the vehicle.

For O’Malley to prevail on his Excessive Fines challenge, he had to prove by clear and convincing evidence that the forfeiture statute’s application to his situation was unconstitutional.  To determine whether O’Malley met that burden of proof, the Court applied a gross disproportionality analysis to compare the value of the forfeited property to the gravity of the offense.

Disproportionate Forfeiture Factors
The Court addressed the value of O’Malley’s vehicle.  The vehicle was worth approximately $31,000 and was O’Malley’s only significant asset.  It was also his primary means of transportation, and its loss would have an impact on his wealth and income.

The Court then addressed the gravity of O’Malley’s OVI offense.  In doing so, the Court gave substantial deference to the legislature’s decision to require vehicle forfeiture for a third OVI offense within ten years.  The Court noted the General Assembly sought to punish people who repeatedly and unnecessarily place Ohioans at risk, and O’Malley was culpable because he knew the possible consequences and drove drunk anyway.  When he did that, he harmed society.  Even though he did not cause physical harm to persons or property, he created a risk of harm, as, “The drunk driver essentially plays Russian roulette every time he or she drives on the road while impaired.”  Given these factors, the Court concluded O’Malley’s offense was of substantial gravity.

The Court also compared the potential fine to the value of the forfeited property.  The possible fine for O’Malley’s OVI offense was $2,750, and the value of his Silverado was $31,000.  Although the Court acknowledged the forfeiture was approximately 11 times the amount of the maximum fine, the Court gave this factor little weight.

Balancing Favors Forfeiture
After addressing the underlying factors, the Court balanced the value of the forfeited vehicle and the gravity of the repeat OVI offense.  The Court concluded that O’Malley did not prove by clear and convincing evidence that the forfeiture was grossly disproportionate to the gravity of the offense.