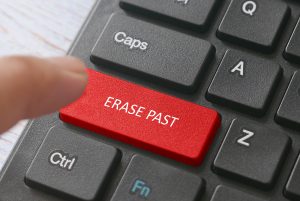 The Michigan legislature recently passed a bill which would permit first-time DUI (called ‘OVI’ in Ohio) offenders to have their records sealed (expunged). Michigan, like Ohio, currently permits record sealing for many criminal offenses but prohibits record sealing for DUI convictions. The Michigan bill passed with an overwhelming majority and is now waiting for the governor’s approval. The potential change in Michigan’s expungement law raises the question of whether first-offense OVI convictions in Ohio should be eligible for record sealing.

Prohibitions On Record Sealing
Record sealing in Ohio is regulated by Ohio Revised Code chapter 2953. Ohio Revised Code section 2953.52 permits individuals to have records sealed for not guilty verdicts, no bills, and dismissals. Ohio Revised Code section 2952.32 permits ‘eligible offenders’ to apply for record sealing after a waiting period: one year after ‘final discharge’ for misdemeanors, and three years after ‘final discharge’ for felonies. A person is an ‘eligible offender’ if the person has one or more criminal convictions, including up to five felony convictions. The convictions must be for misdemeanors, fifth-degree felonies, or fourth-degree felonies.

Record sealing is prohibited for certain offenses. The prohibited offenses included violent crimes, felony sex crimes, and a list of crimes found in Ohio Revised Code section 2953.36. Among the offenses listed in section 2953.36 is OVI.

The Irony Of Prohibiting Record Sealing For OVI
The rationale behind the record sealing law seems to be that most offenders should be given a second chance. An isolated incident involving a lapse in judgment should not define a person or create a stigma which results in lasting collateral consequences for the person. Our legislature has decided that some people do not deserve a second chance. Murderers, rapists, and high-level drug dealers, for example, cannot have their records sealed. On the other hand, low-level felons are given the opportunity to have their records wiped clean. But not people convicted of a first-offense OVI.

Reconsidering The Prohibition
Other states permit record sealing for DUI convictions. Michigan, as described above, is the latest state to reconsider its policy prohibiting DUI expungements. In the past few years, the Ohio legislature has expanded eligibility for sealing the records of criminal convictions, but the legislature has not eliminated the prohibition of sealing OVI records. It is time for the Ohio legislature to reconsider this prohibition, particularly for first-offenders. Until Ohio changes the expungement law to permit sealing records for OVI convictions, it may be wise for those accused of OVI to hire an OVI defense lawyer to help avoid an OVI conviction.