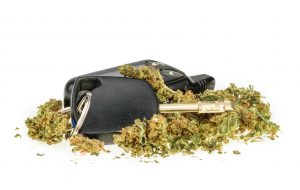 Two Types Of DUI/OVI Laws In Ohio
Ohio’s two general types of OVI are OVI ‘impaired’ and OVI ‘per se’. For a charge of OVI ‘impaired’, the prosecution must prove that, at the time of operating the vehicle, the driver was ‘under the influence’ of alcohol and/or drugs. ‘Under the influence’ means the alcohol and/or drugs “affected the nervous system, brain or muscles of the defendant so as to impair, to a noticeable degree, his ability to operate the vehicle”.

The Rationale For OVI ‘Per Se’ Laws
The rationale behind ‘per se’ laws is a person driving with a prohibited concentration of alcohol and/or drugs in their system is deemed to be ‘under the influence’ because that level of alcohol and/or drugs will impair driving ability. For alcohol, there is some research to support the conclusion that a person at or above .08% will have impaired driving ability (although that conclusion does not account for individual variabilities such as alcohol tolerance).

For marijuana, the rationale for ‘per se’ laws does not apply. First, there is disagreement among the scientific community regarding what amount of marijuana impairs a person’s driving ability. Second, the way Ohio does testing, marijuana metabolites may be detected long after the drug’s psychoactive effects have ceased.

Ohio law does not distinguish between these two types of marijuana metabolites. The law simply makes it illegal to operate a vehicle with a prohibited concentration of “marijuana metabolite”. This means a person may be convicted of OVI in Ohio for up to five weeks after ingesting marijuana, even though that marijuana stopped affecting the person’s driving a few hours after ingestion. Although this law makes no sense, it is still on the books, and I regularly represent clients charged with OVI for having Carboxy THC in their urine or blood.

Addressing A Senseless Law
It is rumored the Ohio legislature may revise Ohio OVI law and eliminate the ‘per se’ charge for marijuana metabolites. In the meantime, Ohio prosecutors should implement a policy like Philadelphia’s to not prosecute drivers for OVI ‘per se’ based on tests showing only Carboxy THC. The intricacies of marijuana OVI law emphasizes the importance of hiring Ohio DUI/OVI lawyers who have experience dealing with these issues.