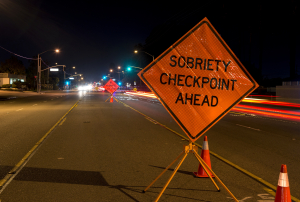 1. Ignition Interlock Devices. MADD recommends the use of ignition interlock devices (IID). If a vehicle is equipped with an IID, the driver must blow into the IID before starting the car, and the car will only start if the alcohol concentration in the driver’s breath is below a predetermined limit. The MADD report indicates “Ohio has the opportunity to stop drunk driving. In 2014, Annie’s Law requiring ignition interlocks for all convicted drunk drivers was introduced. The legislation ran out of time and faced opposition from a fringe group of judges.” Although Ohio does not have mandatory ignition interlocks for all convicted drunk drivers, Ohio does use ignition interlock devices in two ways. First, ignition interlock may be required as a condition of limited driving privileges on an Administrative License Suspension, and its use is mandatory on a third or subsequent offense. Second, ignition interlock may be required as part of a defendant’s sentence on a first conviction and is a mandatory part of the sentence on a second or subsequent conviction. *

3. Child Endangerment Laws. MADD suggests legislation crating child endangerment laws and views drunk driving with a child passenger as a form of child abuse. Ohio’s child endangerment law makes it illegal to operate a vehicle under the influence or over the limit with a child under 18 in the vehicle. That Ohio law is punishable by up to six months in jail and a license suspension for up to one year. If violation of that law results in serious physical harm to the child, or if the offender has a prior OVI conviction, violation of the law is a felony.

4. No-Refusal Events. MADD encourages states to sponsor no-refusal events. The report states, “No refusal activities have proven to be successful in reducing the number of offenders who refuse testing by allowing law enforcement to easily and quickly obtain a warrant to test the suspected offender.” In Ohio, many counties have “no refusal weekends”. During those weekends, judges make themselves available to sign search warrants for the blood of suspected drunk drivers who refuse chemical tests.

With the exception of sobriety checkpoints, the measures recommended by MADD are effective means of combating drunk driving. MADD seeks to establish a blueprint for a nation without drunk driving. If that happens, I will gladly find another line of work. In the meantime, someone needs to ensure Constitutional rights are protected, including the rights of individuals accused of drunk driving.

*As of April 6, 2017, ignition interlock devices are also used in conjunction with ‘unlimited driving privileges’.