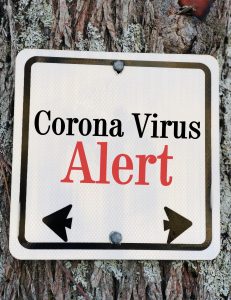 The ongoing coronavirus (COVID-19) pandemic has had a profound effect on nearly every aspect of American society. From closing schools, bars and restaurants to banning public gatherings over a certain size, Ohio has followed expert advice to keep people physically separated as much as possible. To reflect this new reality, and to encourage social distancing, most courts in central Ohio are implementing changes, including limitations on court appearances.  Below are the specific changes being implemented by the central Ohio courts in which the Dominy Law Firm practices.

Ohio’s home-rule powers give courts a large degree of autonomy when deciding how to conduct the court’s business in the face of a public health emergency. The Chief Justice of the Supreme Court of Ohio published a letter laying out some loose guidelines for local courts to follow. However, she emphasized that closing courts and disrupting services shouldn’t be the plan, adding that the Supreme Court “is open and will continue to be.”

[Update 3/19/20 – Chief Justice O’Connor issued a statement encouraging local courts to continue adjusting court operations to meet their local situations while allowing the courts to remain open for emergency and time sensitive matters. The Chief Justice also encouraged local courts to continue hearings or use alternative methods of meeting when possible, temporarily stay eviction proceedings, and use their discretion to release people in jail who are in the high-risk population for COVID-19]

Different courts around the Central Ohio region have taken varying degrees of steps to help curb the pandemic. While some courts have issued more explicit orders than others, there seems to be a general trend toward continuing criminal and OVI/DUI cases for people not currently in jail in an effort to limit the number of people appearing for court. We will do our best to keep this space up to date with the most recent developments.

Franklin County Municipal Court
On March 15, the Franklin County Municipal Court released a statement indicating the court will remain open, but all hearings scheduled between now and April 20, 2020, including criminal cases and OVI/DUI cases, will be continued to dates yet to be determined. Additionally, Traffic Arraignments and out of jail criminal and OVI/DUI arraignments will not take place for at least the next three weeks.

[Updated 3/26/20] The court has issued further orders allowing the payment date for fines and court costs to be continued for 6 months if they have not been paid by the original date. They have also authorized the Clerk of Court to issue recognizance bonds for any non-violent misdemeanor.

[Updated 4/8/20] The Franklin County Municipal Court has extended it’s original order to continue all non-prisoner cases, as well as traffic and out of jail criminal arraignments, to no earlier than June 1, 2020.

Delaware (County) Municipal Court
The Delaware Municipal Court issued and administrative order announcing changes to criminal and OVI/DUI hearings for defendants currently not in jail. If those hearings are scheduled for a date before April 20, 2020, the hearings will be continued. The court will still hold arraignments for any new criminal and OVI/DUI charges, but all subsequent hearings will likely be set after April 20.

[Updated 4/10/20] The Delaware Municipal Court has extended it’s order continuing criminal hearings, except those involving prisoners, to a date after May 1, 2020.

[Update 3/26/20] The Delaware Court of Common Pleas has further restricted access to their buildings. The Juvenile and Probate Courts are accessible by appointment only and the Criminal Division is limited to those who have business before the court.

Circleville (Pickaway County) Municipal Court
The Circleville Municipal Court has closed its clerk of court office to the public but is still accepting filings. Most hearings will continue as scheduled unless the defendant is told otherwise.

Dublin Mayor’s Court
The Dublin Justice Center, where Mayor’s Court is held, is closed to the public beginning March 16, 2020. While no explicit cancellation of Mayor’s Court has been announced, it seems likely this closure will effectively do so.

[Updated 04/06/20] The court has continued all civil cases and most criminal cases until after May 1, 2020. Pretrials will still occur as email updates form the court.

We will update this post as more central Ohio courts release statements about how they are addressing the COVID-19 pandemic.