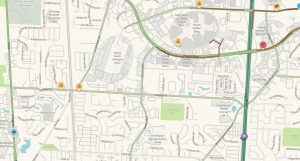 The New York Police Department recently demanded that Google remove a function from the Waze app which permits users to report DUI checkpoint locations. In its ‘cease and desist’ letter, the NYPD stated posting checkpoint locations is irresponsible and possibly criminal. The agency insisted that Google take every necessary precaution to ensure GPS data of DUI checkpoints is not posted on Waze, Google Maps, or associated platforms under its control. If the police in New York City can place such demands on Google, then law enforcement in Ohio can do the same. This raises the question: should the government prohibit Waze (and other apps) from reporting DUI / OVI checkpoints in Ohio?

Waze is a navigation and traffic app which allows drivers to share real-time traffic information. The app was purchased by Google in 2013 (for a mere $966 million). App users can see information from other drivers on their route, such as average speeds, traffic congestion, potholes, accidents, and police presence. Police presence is indicated by an icon of a police officer. The icon does not indicate the nature of the police presence, but users can add notes to the icon, including the presence of a DUI checkpoint. It’s the DUI checkpoint information which is the subject of the strenuous objection by the NYPD.

The NYPD has good intentions. In the letter to Google, the agency states it is “endeavoring to eliminate traffic fatalities”, and “paramount to the success of this initiative is the New York City Police Department’s (NYPD) enforcement of the Driving While Impaired (DWI) Laws”. Nobody can argue with that.

Despite its good intentions, the NYPD makes the mistake of glorifying an ineffective method of DUI enforcement. The letter goes on to say, “The NYPD is focusing significant resources to DWI enforcement, including the use of vehicle checkpoints throughout the city.” The problem is DUI checkpoints are a terribly inefficient means of enforcing the law. In the case of Michigan v. Sitz, the United States Supreme Court found only 1.6% of the drivers stopped in the checkpoints were charged with DUI.

The NYPD overstates the significance of drivers sharing checkpoint location on Waze. According to the National Highway Traffic Safety Administration, checkpoint locations are supposed to be publicized. Therefore, posting the locations could not be criminal conduct. Likewise, taking a different route, or even turning around (without doing an illegal u-turn) to avoid a checkpoint is not an offense. Finally, it is not only drunk drivers who want to avoid checkpoints. Some people may avoid checkpoints because they are a hassle. For each checkpoint to nab 1.6% of the drivers, there are hundreds who are unnecessarily inconvenienced.

The greatest irony of the NYPD efforts is the agency just publicized that Waze has this feature. The news story was reported nationwide. Now, millions of people previously unaware of this feature in Waze could start using the app to learn about checkpoint locations. Good intentions backfire when implemented with ill-advised strategies.