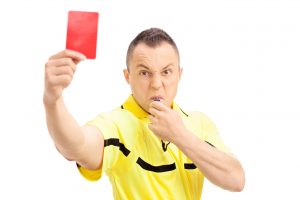 How are sanctions to be imposed for violations of Ohio’s discovery rules? That question was the subject of a recent decision by the Ohio Supreme Court. In a previous post, this blog described the changes to the rules for discovery (exchanging evidence) in Ohio criminal and D.U.I./O.V.I. cases. In a case decided a couple weeks ago, the Ohio Supreme Court interpreted the new discovery rules for the first time.

The case is State v. Darmond. Darmond and his codefendant were charged with drug trafficking and drug possession after allegedly receiving shipped packages containing marijuana. Before the trial, the prosecution and defense engaged in reciprocal discovery. During the trial, an investigator testified, and it became clear the prosecution had not given the defense all the evidence that should have been provided. The agent had written seven reports, because there were seven packages delivered, but only two reports were provided to the defense. The other reports may or may not have contained information helpful to the defense. After hearing arguments from the prosecution and defense, the trial judge dismissed the case with prejudice (the case could not be re-filed). The Eighth District Court of Appeals affirmed the trial court’s decision, concluding that the trial court did not abuse its discretion.

The Ohio Supreme Court cited Rule 16 of the Ohio Rules of Criminal Procedure, the rule governing discovery in criminal cases (and D.U.I. / O.V.I. cases). Paragraph (A) of the Rule says, “All duties and remedies are subject to a standard of due diligence, apply to the defense and the prosecution equally, and are intended to be reciprocal.” The Court concluded that the mandate in Lakewood does apply equally to the defense and the prosecution. Therefore, the trial court abused its discretion by failing to consider whether less severe sanctions were appropriate. The case was remanded to the trial court, apparently to reconsider its decision.

Darmond is the first Ohio Supreme Court decision regarding discovery since Rule 16 was amended in July of 2010. Rule 16 does clearly state that duties and remedies apply equally to the prosecution and the defense, and I agree the mandate in Lakewood should apply to the prosecution and defense. The difficulty arises in determining the “least severe sanction that is consistent with the purpose of the rules of discovery”? What constitutes the least-severe-but-effective sanction will vary from case to case. The Lakewood case listed the following factors to consider: the extent of surprise or prejudice; the impact of the sanction on the trial; whether the violation was willful or in bad faith; and the effectiveness of less severe sanctions.