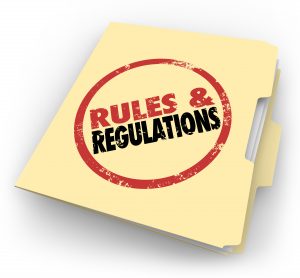 The issue of traffic offenses and a person’s eligibility for having records sealed was the subject of last week’s Ohio Supreme Court decision in State v. Pariag.

In that case, the defendant was pulled over for a traffic offense, and the officer found marijuana and drug paraphernalia in the car. Pariag was charged with Driving Under Suspension, Marijuana Possession, and Drug Paraphernalia Possession in the Franklin County Municipal Court. The defendant pled guilty to Driving Under Suspension, and the drug charges were dismissed. Over the prosecutor’s objection, the defendant had the records sealed for the dismissed drug charges. The prosecutor appealed to the Tenth District Court of Appeals, and the Court of Appeals affirmed the trial court’s decision to seal the records. The prosecutor appealed to the Ohio Supreme Court.

The Ohio Supreme Court conducted an interesting analysis of Ohio expungement law. The primary statute in question is Ohio Revised Code section 2953.61, and it says:

When a person is charged with two or more offenses as a result of or in connection with the same act and at least one of the charges has a final disposition that is different than the final disposition of the other charges, the person may not apply to the court for the sealing of his record in any of the cases until such time as he would be able to apply to the court and have all of the records in all of the cases pertaining to those charges sealed pursuant to divisions (A)(1) and (2) of section 2953.32 and divisions (A)(1) and (2) of section 2953.52 of the Revised Code.

The Court concluded, “if the record of one charge cannot be sealed, any charges filed as a result of or in connection with the act that resulted in the unsealable charge cannot be sealed.” The Supreme Court remanded the case to the trial court and said, “If the court finds the same conduct generated both charges, the conviction for the unsealable traffic offense will prevent records from the otherwise sealable dismissed drug charges from being sealed.”

I disagree with the court’s reasoning and conclusion in Pariag. First, it seems obvious that the charges of Driving Under Suspension and Drug Paraphernalia Possession were not generated by the same conduct. The offenses may have been committed simultaneously, but they were not committed by the same conduct, as a person could certainly commit one of the offenses without committing the other (hopefully, the trial court will reach this conclusion). Second, the statute in question does not address whether records may or may not be sealed, it only addresses when a person may apply to have records sealed. The Court’s construction of the statute seems like a stretch to me. As Justice Pfeifer says in his dissent, “Today this court determines that a material offense that was dismissed and that is ordinarily sealable cannot be sealed because an immaterial traffic offense cannot be sealed. That doesn’t make sense”.