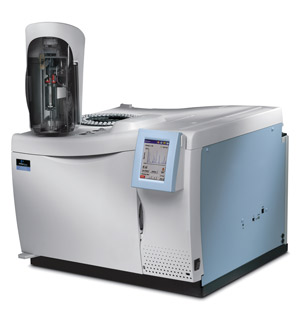 From your bathroom scale to a police officer’s laser gun, every measurement device has a margin of error. For a device to be considered reliable, the margin of error must be known (and should be small!). In a recent Ohio DUI / OVI case, the court decided the admissibility of test results from a device with an unknown margin of error.

The case is State v. Butler. A police officer arrested Butler for DUI / OVI, and Butler provided a urine sample for an alcohol test. The urine sample was tested on a gas chromatograph (pictured) at the county crime lab, and the result was .113. For the defendant to be found guilty of DUI / OVI ‘per se’ in Ohio, the prosecutor has to prove the defendant’s urine alcohol concentration was at or over .110. That means Butler’s alcohol level was four one-thousandths of one gram too high, so the accuracy of the test result is critical.

Butler’s attorney filed a motion to suppress the urine test based on its lack of scientific reliability, and the attorney asked the crime lab analyst a good question: What is the scientific accuracy of the urine test? The lab analyst said, “There is no method in place to calculate any type of uncertainty of the results.” The analyst went on to testify that it is possible to determine the “degree of uncertainty” in the urine test results, but the crime lab just doesn’t do it.

The lab just doesn’t do it? With even a small margin of error, Butler’s urine alcohol level may have been under the .110 threshold that makes him guilty. The margin of error is crucial: the scientific community generally would not find a test result scientifically reliable if there is not a known rate of error.

The legal community in Ohio DUI / OVI cases is different. The trial court and the appellate court in this case determined that, despite the lack of a known margin of error, the urine test was reliable enough to be used as evidence to convict the defendant of a crime. How could that happen? In Ohio, we have delegated the responsibility to the Ohio Department of Health (ODH) to determine what is reliable. Once the ODH has determined a method of analysis is reliable, a defendant cannot attack the general reliability of the method. As the ODH has approved the use of gas chromatography as a method for analyzing urine alcohol content, the court reasoned, Butler was not permitted to challenge the admissibility of the urine test on the basis that it was scientifically unreliable. What the courts overlook is this: even if the method of gas chromatography is generally reliable, the application of the method may make it unreliable.

The situation in this case can be summarized like this: the executive branch of the government (a police officer) charged the defendant with a crime, the evidence of that crime comes from a scientific test approved by the executive branch (the ODH), and the judicial branch (the court) says it does not have the authority to throw out the evidence no matter how scientifically unreliable it is. In addition, Ohio is one of the few states in the nation that still uses urine tests to measure alcohol content because the other states recognize that urine tests really are not “generally reliable”.

So long as that is the situation in Ohio DUI / OVI cases, DUI lawyers may want to do two things in DUI / OVI cases that involve urine tests and blood tests. First, challenge the admissibility of the chemical test based on lack of compliance with the ODH regulations. For blood and urine tests, there are a lot of issues that need to be proven by the prosecution to make the tests admissible. Second, argue the lack of accuracy to a jury and let the jury decide if the prosecution proved the test’s accuracy beyond a reasonable doubt.