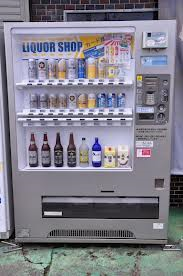 This summer, I had the honor of being shadowed by Japanese criminal defense lawyer Yaeko Hashimoto, who recently completed an LL.M. program at the O.S.U. Moritz College of Law. In our conversations, it became clear there are differences between DUI/OVI laws in Ohio and DUI/OVI laws in Japan. Yaeko agreed to be a guest blogger and prepared the remainder of this article.

Drinking In Japan
Generally, Japanese culture is generous to drinking behavior, compared with other countries. In spring, people have a picnic under cherry blossoms with alcoholic beverages, and many adults enjoy beer or Japanese sake in public areas. Also, Japan has alcohol vending machines on streets so anyone can buy alcoholic beverages 24 hours per day without identification.

Drunk Driving Laws In Japan
Until 2009, if a driver with no prior record was convicted of O.V.I. per se, the person’s driver license was not suspended. However, the law changed after a tragedy caused by a drunk driver in 2006. The drunk driver hit another car head-on on a bridge, and the victim’s car fell into a dark sea. Three young children were killed. In response, the 2007 and 2009 laws made O.V.I. punishments tougher. The legal limit in Japan is .15 mg/l, which is approximately .03%, as compared to the U.S., which has a legal limit of .08%. Changed to Japan’s O.V.I. punishments are summarized in the following table:

Typical Procedure And Consequeces For O.V.I.
If a person is charged with O.V.I. per se for the first time in Japan, the prosecutor will choose a summary trial. With a summary trial, the judge can impose only a fine, not jail, and the defendant does not have the right to court-appointed counsel.

For a second O.V.I. per se, the prosecutor will file the case in a regular court rather than having a summary trial. The judge usually imposes a jail sentence up to three years, but the jail sentence is typically suspended for completion of probation. In an indigent case, the court will appoint a defense attorney.

For a third O.V.I. per se, the judge usually imposes a jail sentence between one year and three years. Unlike a second offense, the jail sentence for a third offense is actually served in jail rather than on probation.

For any case in which the defendant is convicted, his or her driver license will be suspended. Unlike in the U.S., a person whose license is suspended for O.V.I. in Japan will be given no driving privileges, not even for work.

Refusal of a Breath Test
Unlike in the U.S., drivers in Japan cannot refuse a breath test. Japanese law makes the refusal itself a crime. Refusal of a breath test is punishable by up to three months in jail or a fine of up to $5,000. As mentioned above, for a first offense of O.V.I. per se, prosecutors tend to choose a summary trial. The maximum punishment is a $5,000 fine, which is equivalent to the maximum fine for refusing a breath test. As a result, the majority of drivers choose to take a breath test.

Conclusion
On one hand, O.V.I. law in Japan is more severe than O.V.I. law in the U.S. in that drivers have no right to refuse to a breath test and they are not given driving privileges. On the other hand, Japanese O.V.I. law is more lenient than the U.S in that most defendants will not actually be sent to jail until they are convicted of O.V.I. for the third time.