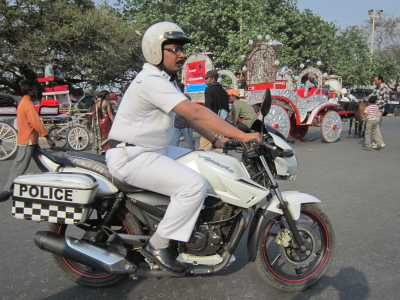 There is little tolerance for drunk driving in Mumbai, India. Like Ohio, the penalty for a first D.U.I. offense in India is up to six months in jail. Unlike Ohio, the legal limit for blood alcohol content in India is .03 (Ohio’s is .08), and there is no plea bargaining. In the month of March, Mumbai traffic police charged 3,727 people with D.U.I. The traffic police recently requested the creation of mobile courts, according to an article in The Times Of India. If the request is granted, magistrates will hear D.U.I. cases at those mobile courts, and the trial will take place immediately.

Police like the idea of having trials immediately after the offense allegedly occurs. One officer said, “If the proposal gets a green signal, the magistrate can hear out the prosecutor as well as the offender on the spot and the verdict will come out much sooner. The current system, where the offender has to appear before court the next day, will end.” The officer went on to say, “The offender can put forth his grouses, such as having consumed alcohol within permissible limits, without any delay. The disposal of cases would be speedier.”

Most importantly, the defendant would not be represented by an attorney. The government, on the other hand, would apparently be represented by a prosecutor, as the magistrate would ‘hear out the prosecutor as well as the offender’. The opportunity to be ‘heard out’ by the magistrate would not be very meaningful without representation by a D.U.I. defense attorney. An attorney would make arguments regarding the justification for the traffic stop, the justification for the D.U.I. investigation, and the justification for the arrest. An attorney would investigate and attack the administration of field sobriety tests and breath, blood, or urine tests. An attorney could enlist the assistance of expert witnesses, if necessary, and an attorney could effectively argue why the evidence did not prove the defendant’s guilt. It’s highly unlikely a defendant could effectively do any of those things, especially when the trial is immediately after the alleged offense.

I suppose the defendant could be represented by an attorney if defense lawyers would be willing to make themselves available for immediate on-the-spot trials, at all hours, with no investigation, and with no preparation. I can just see the new breed of defense attorneys hanging out at the mobile courts soliciting business: it would look like the ‘Street Walking Lawyers‘ skit.