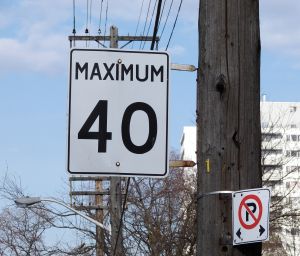 In most Ohio DUI/OVI cases, the evidence includes police officer testimony and police cruiser video. Officer testimony is sometimes not corroborated by the recording from the cruiser video. In such a situation, a judge or jury has to decide if they believe the officer or their own eyes. Such a situation arose in the recent case of State v. Jarosz, and the judges believed their eyes.

In Jarosz, the discrepancy between officer testimony and cruiser video involved the officer’s use of ‘pacing’ to determine the defendant’s speed. To measure a vehicle’s speed by pacing, an officer must follow the other vehicle at the same distance for a period of time. By doing so, and by knowing the speed of the cruiser, the officer can conclude the other vehicle is going the same speed as the cruiser.

In his testimony, the officer acknowledged the importance of maintaining the same distance between the defendant’s vehicle and the cruiser. He also acknowledged that going faster than the defendant would make it impossible to get a good speed measurement. The officer testified he was “a hundred percent positive that [he] had a good speed pace on him and logged a speed pace of 48 miles per hour in a 40 zone”.

The video told a different story. According to the trial judge, the video showed the officer did not maintain an equal distance from the vehicle while pacing it. As a result, the speed measurement was invalid.

Without that evidence, the prosecution’s case was hopeless, so the prosecution appealed the trial judge’s decision to the court of appeals. The court of appeals noted that it was bound to defer to the trial court’s factual conclusion regarding the speed measurement unless that conclusion was not based on competent evidence. As the video was competent evidence, the appellate court affirmed the decision of the trial judge.

This case highlights the importance of the defense attorney diligently reviewing the evidence. Defense counsel should not simply take the officer’s word for it. Instead, defense lawyers should review every piece of evidence closely to see if it proves what the prosecution claims.